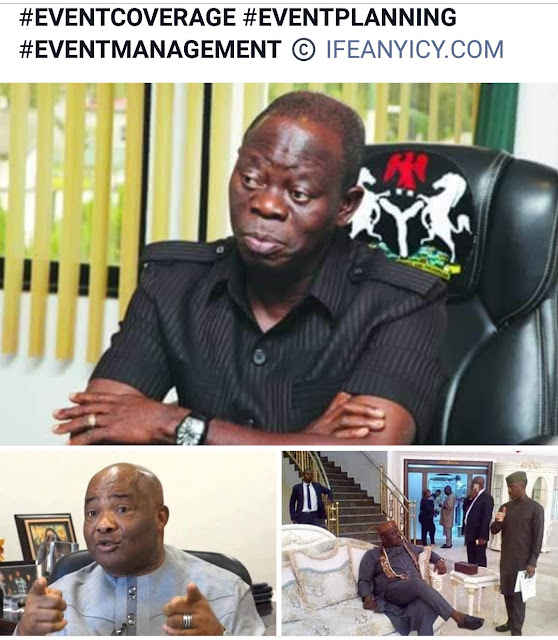 An Abuja High Court has adjourned till Tuesday October 23rd, 2018 a case instituted by Senator Hope Uzodimma asking the court to restrain the APC and INEC from processing or forwarding any other name as the Imo state governorship candidate of the party except that of himself which came up for mention today Wednesday October 17th at the FCT High Court, Abuja.

Senator Uzodinma, in suit No FCT/HC/BW/ CV/306/18, had sought five reliefs from the court, presided over by Justice A.O. Musa, among which is an injunction restraining APC from conducting fresh primary in Imo, pending the hearing and determination of the motion on notice.

The senator, who was declared winner of the APC governorship primary by Alhaji Ahmed Gulak panel, also sought order restraining INEC from monitoring another primary in Imo for the governorship election.
He also sought an order of the court directing APC, as the first defendant, to forward his name to INEC (second defendant) as the duly elected candidate of APC for the governorship election in Imo State.
The lawmaker equally sought an order restraining INEC from accepting or processing any other name except that of himself (Uzodinma) as the APC candidate in Imo state, pending the hearing and determination of the motion on notice.

Finally, he sought the court’s order for INEC to continue to process his name (Uzodinma) as the duly elected governorship candidate of APC in Imo State until the matter is determined.

After hearing the prayers, Justice A.O. Musa of the High Court in Bwari gave both APC and INEC 48 hours within which to show cause why the reliefs sought by Uzodinma should not be granted.
He also ordered the defendants to make appearance in court within five days. Justice Musa, in addition ordered that the matter should be given an accelerated hearing.

In today's court session, lawyers to Uche Nwosu claimant to the Imo APC Governorship Candidate and that of Governor Rochas Okorocha, claimant to Orlu Zone (Imo West) Senatorial candidate sought to be joined in the suit as interested parties.

Also, an Abuja based lawyer, Barrister Kingdom Okere asked to be joined in the suit as he argued that he represents the interest of Owerri zone people in the contest.

Also was an argument by a Lagos based lawyer, Mr. Oluwatosin who sought the disqualification of Hope Uzodimma from holding any public office as a result of his pending trial in an Abuja High Court over which a Warrant of Arrest has been issued against him, was turned down by the Judge, as he argued that the case does not concern election matter, which is before him.

Lawyer to Uche Nwosu also called the attention of the presiding judge to an existing order by a court of concurrent jurisdiction which affirmed his candidature for Imo governorship and as well restrained the APC and INEC from tampering with the outcome of the Ibrahim Agbagbiaka report which conducted the rescheduled primaries of the Party on the 6th of October, 2018.

The judges who went on break after listening to the brief of both parties including that Ahmed Gulak, the APC Electoral Officer who was in court physically returned to the court floor and adjourned the matter to Tuesday 23rd of October, 2018, when parties in the suit are expected to commence argument on the matter.