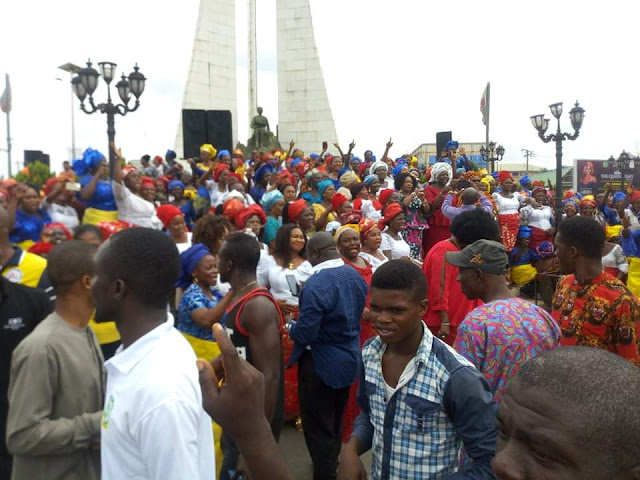 Governor Rochas Okorocha led Imo State government in collaboration with the state chapter of the All Progressive Congress, APC has mobilized youths, women, students and prayer warriors to protest in the streets of Owerri the Imo State capital ahead of Tuesday 23rd Federal High Court hearing over a case brought before it by Senator Hope Uzodinma through his lawyer, Joe Agi (SAN) seeking an order directing the APC to forward his name (Uzodimma) to INEC as the Gubernatorial Candidate for Imo State Governorship Election for 2019 having been declared winner of the party gubernatorial primaries conducted on October 1st, 2018 by the Chairman of the electoral Committee.

An order restraining INEC from continuing to process or publish any other person’s name except the name Senator Hope Uzodimma; and an order for accelerated hearing on the matter.


AN Abuja High Court had recognized Senator Hope Uzodinma as the candidate of the party for the 2019 Imo governorship election.


The court, which was presided over by Justice O.A Musa said that the Independent National Electoral Commission (INEC) must also recognize only Uzodinma as the governorship candidate in the 2019 election.


Justice O. A. Musa who gave the restraining order on Tuesday, also restrained INEC (2nd Respondent) in the case from processing or publishing the “name of any other person other than Senator Hope Uzodimma from the All Progressives Congress (APC) as the gubernatorial candidate for Imo State Governorship election for 2019” pending the determination of the substantive suit on the matter.
Uzodimma through his lawyer, Joe Agi (SAN) had approached the court seeking an order to restrain the All Progressives Congress (APC) from conducting a fresh or re-conducting another primary for the Imo State Gubernatorial primaries and INEC from monitoring or purporting to monitor any fresh primaries or re-conducted primaries by the APC in Imo State Gubernatorial Election pending the hearing and determination of the motion on notice before the Court.


Okorocha’s sympathizers, Daniel Nwafor led State Working Committee of APC and top government officials had frowned at the National leadership of the ruling All Progressives Congress for issuing an automatic ticket to some party members in the National Assembly who are according to them are not loyal to the Governor.
The prayer warriors and women who gathered at government house roundabout singing and praying while their youthful counterparts kicked off protest from the Imo International Conference Center (IICC) and Imo State Government House Chapel Owerri, demonstrating around major streets of Owerri to express their angers, grievances and dissatisfactions over the decisions of the National Leadership of All Progressive Congress to disregard the Rtd. Gen Ibrahim Agbagbiaka organized party primaries for Imo APC and in its place went ahead to apply the automatic ticket caveat for the benefits of National Assembly incumbents of that Party.
The protesters are also seen chanting war songs and insisting that the Imo APC gubernatorial aspirant Uche Nwosu, Okigwe Senatorial aspirant, Nnamdi Obarieri, Kingsley Chima Uju, Paschal Obi amongst other Rescue Mission compliant aspirants should be given ticket or nobody else. 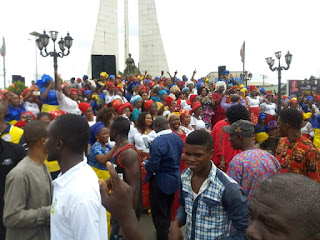 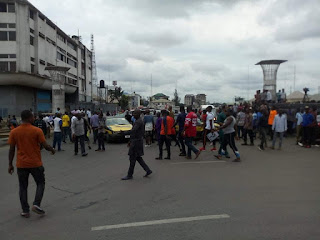 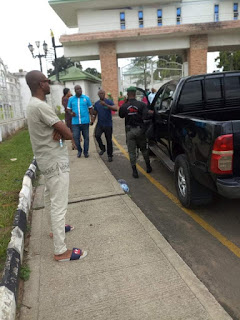 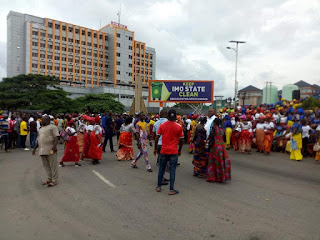 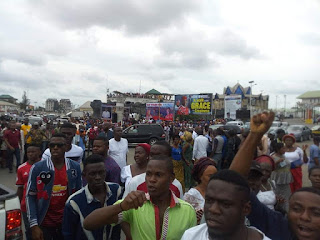 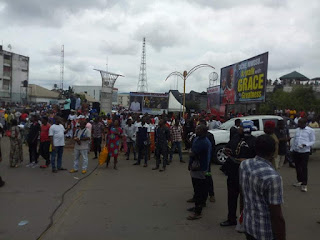 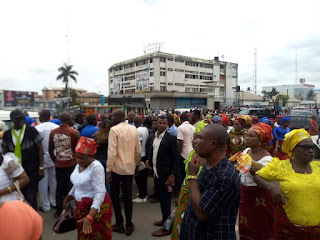 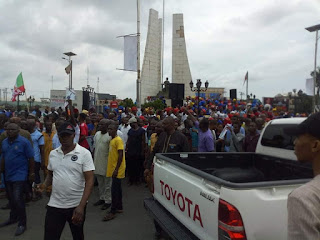 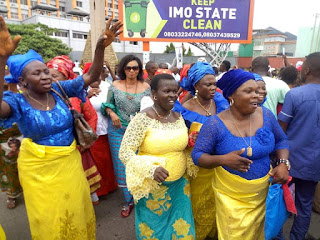 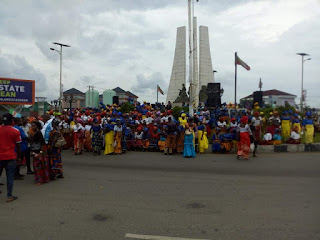 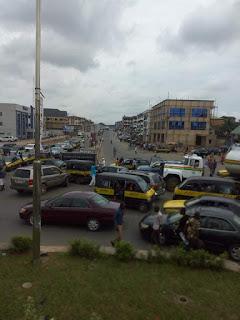 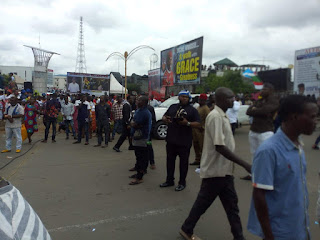