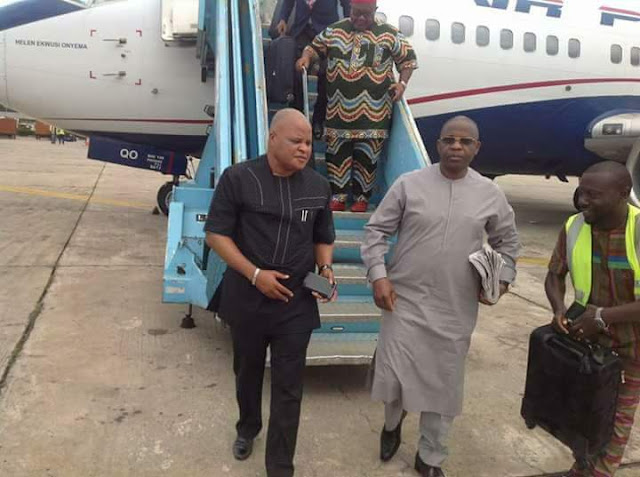 Good evening great Progressive and pragmatic youth leaders of Okigwe Zone extraction of Imo State. Political party primaries have come and gone, our brother and illustrious son , Senator Ifeanyi Godwin Araraume has emerged the flag bearer of the ALL PROGRESSIVE GRAND ALLIANCE, APGA. The process has raised alot of political challenges but it's not insurmountable. It's time we move in and stand up to be counted by calming frayed nerve, unit and reconcile our big brothers and political ambassadors, His Excellency Dr Ikedi Ohakim and distinguished Senator Ifeanyi Godwin Araraume. They are our own EAGLE on the Iroko tree, we are proud of them both! 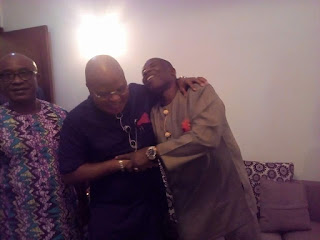 It's true that Ohakim is right to have felt aggrieved and genuinely too over the role played by his brother Araraume leading to the truncation of his bid for a 2nd term in office as the governor of Imo and various degree of political mechanization strategically placed on his way by Araraume but we can't continue to dwell on the past misadventure that affected our people negatively, let's heal the old wounds with love. We plead for forgiveness and reconciliation. We will tell Araraume he did wrong and ask Ohakim to forgive him. Okigwe Zone needs development through their unity.

Ohakim and Araraume are the biggest political institution in Imo State of today, the zone is not reaping its dividends due to their political differences and roforofo fights. We jointly say OZOEMENA!
Let's unit for the interest of our zone. Let's plead to our brothers to consider the pains of Ndi-Imo over the last 7 years of Okorocha’s misrule, look at the bad roads and lack of infrastructure in Okigwe Zone, from Obowo to Ihitte Uboma to Ehime-Mbano down to Isiala Mbano, Onuimo and Okigwe LGA and reconcile their differences. Let them remember our poor Healthcare system and institutions , our lack of basic amenities like pipe borne water, rural electrification, dilapidated school infrastructures and markets across Okigwe and Imo State. 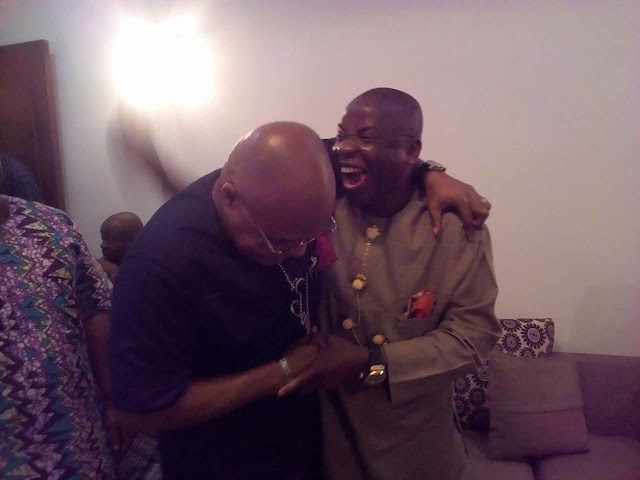 Let them remember the alarming unemployment rate amongst Imo Youths, come together to fashion a way out. With bridge of trust and partnership with our sister brothers from Owerri and Orlu Zone, Okigwe Zone will Win and Imo will be alive again. Please come to the point of reconciliation for the interest of Ndi-Imo and Ala Igbo.

Okigwe Zone is marginalized with only 6-LGAS and above 450,000 registered votes as against Orlu Zone with 12 LGAs and Owerri Zone with 9 LGAs

Let's move immediately to reconcile our big brothers and leaders, His Excellency, Dr Ikedi Ohakim and distinguished Senator Ifeanyi Araraume...
With two of them on the same page, Okigwe Zone will return to government House in 2019.

Where are our youth leaders,  rise up and be counted, let our voice be united in solidarity and on the peace process.

Let's plead to them to forgo whatsoever the difference maybe, reconciliation, peace and unity is all we need now to develop our State

They both have shown capacity and vision to deliver but it must be one person at a time.

Let's unite under the Ifeanyi Araraume APGA candidature. Let's put the acrimony of the old political wounds aside. Let's look at the bigger picture. A holistic development program for the greater good of Ndi-Imo. Let's join Ifeanyi Araraume to stop Okorocha’s 3rd term bid through the proxy of Son-in-law, Uche Nwosu. 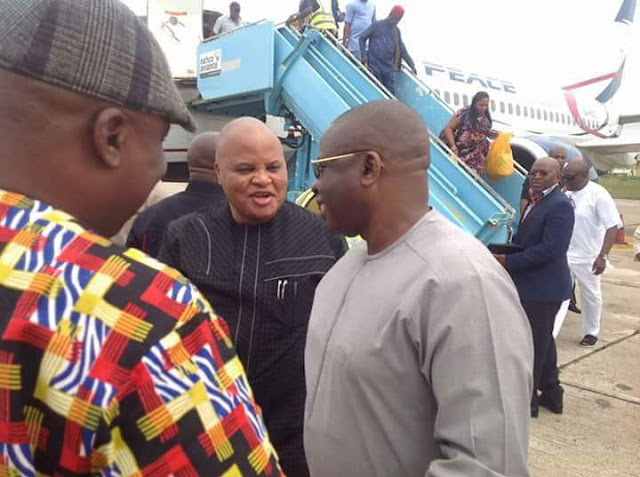 A meeting of all Okigwe Zone Progressive youths are scheduled at Senator Ifeanyi Godwin Araraume’s County home Saturday 13th October, 2018 by 12noon. I will host it God willing.

To Governor Ikedi Ohakim, my leader, my father, my boss, with sense of respect, with tears in my eyes, with heart broken, please forgive.

Nelson Mandela won Noble Prize for Peace, win it for my sake and development of Okigwe Zone nay Imo State . Revenge is not a better OPTION. For the sake of our children unborn, for the sake of suffering Imolites, for posterity to reward you now and afterwards , join forces with your brother Ifeanyi Araraume in APGA.

Any advice to the contrary is destructive . Like I spoke to you in phone few minutes ago when you called, I will be the happiest man on earth to see the reconciliation of you and your brother  Ifeanyi Araraume. Do it as a reward for my unflinching loyalty, sacrifice, commitment and determined to see you succeed in all you have set to achieve ever since I come in contact with you in 2007. 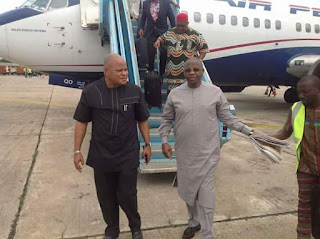 The ACCORD PARTY option is a no no for you and me. I did made it open to you during our conversation. It will not fly. Else it will compound the Imo problem by giving Okorocha 3rd term at a platter of gold. Please, biko'nu, reconsider and jettison the idea. Like an eagle on the Iroko tree I have known you to be, you watch carefully and smartly act, the Imo Political barometer is indicating red, it shows danger, the time to take the centre stage and act fast the save your people is now. Embrace your brother, lead by example and shame the devil! United we stand, divided we fall.

To God be the glory!