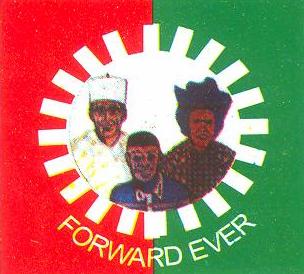 The Labour Party has concluded her Guber Primaries with Chief Ikechukwu Joseph Ukaegbu emerging the Guber aspirant and flag bearer of the party.

Announcing the results, the National Vice Chairman of the party South East, Comr. Innocent Okeke who declared Chief Ukaegbu winner with 145 votes said, out of 212 delegates accredited, 51 abstained from voting while Mr. Law Osondu and Tony Onyearugbulam had 9 and 7 votes respectively.

Addressing party faithfuls immediately after the announcement, Chief Ukaegbu congratulated them for their resilience and support as he assured his readiness to deliver the party.

Stating that, in every contest there must be a winner, he urged his co aspirants who did not emerge, to join him move the state and the party forward.

Speaking with the State Chairman, Mr. Ikechukwu Cyril Akujuobi who stated that he was delighted with the outcome of the primaries and the emergence of a candidate to work with, he informed that, the National party adopted option A4 in electing a candidate which he maintained is more transparent.

He dispelled the allegation of possible merging of the party as rumour, while he urged  Imolites to use the Labour Party platform to vote out injustice.

Briefing journalists, the guber candidate who was represented by his associate and friend, Hippolite Osondu Ogazi, stated that the process was free, fair and transparent, adding that those who feel aggrieved were against open balloting as agreed by the National party.

He informed that, Chief Ukaegbu, Ikenga, is a man of the people who is poised develops the state with the aid of professionals who are distinguished in various fields of endeavour.

He added that, the state needs total rehabilitation, championed with practical leadership and aggressive reforms in the area of Agriculture, Infrastructure and Re – orientation which would help improve living standards of the people.

He however enjoined Imolites to support a man who has their best interest at heart, who will not only make Imo great, but is set at making the state, a nation

Meanwhile, Sir Ikenna Nnamdi Chukwuocha the Okigwe South Federal House of Representatives Candidate of the Labour Party has congratulated Chief Ukaegbu for his Victory at the Party's governorship primaries. He assured to deliver Okigwe South to Labour Party in the 2019 general election.