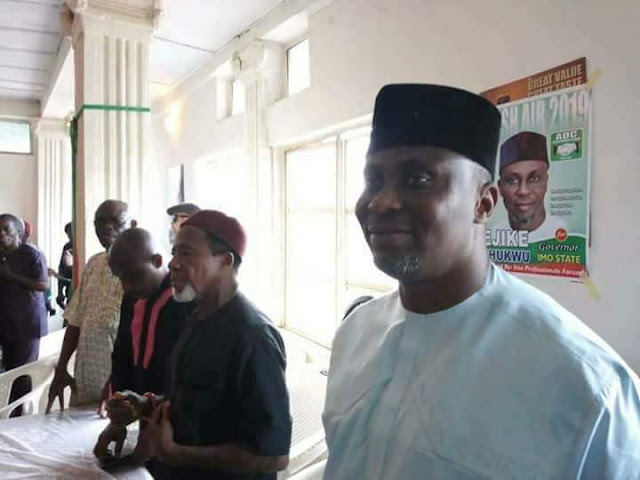 Mr. Ejike who topped three other unsuccessful aspirants was announced as the favoured guber candidate of ADC by the Party's State Chairman, Barr. Nlem Ignatius.

The ADC guber primary which took place in Owerri, the Imo State capital ended without any form of violence by party faithful who arrived the venue of the exercise as early as 10am. 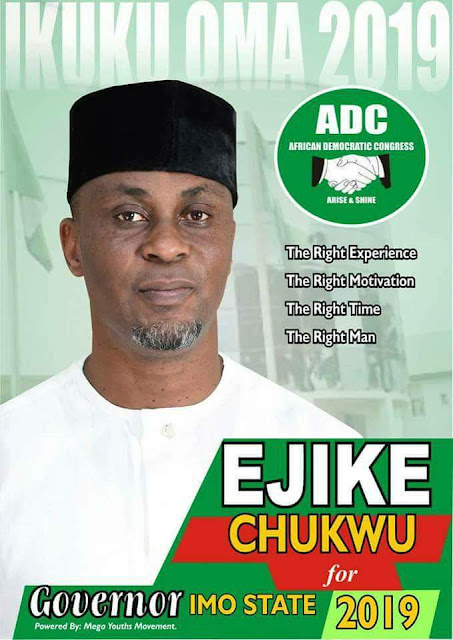 The news of declaration of the Ohaji/Egbema born politician, an oil Magnate and a foremost philanthropist as the Imo Guber Candidate of ADC was greeted with overwhelming sense of joy and jubilations by teeming supporters of the Party around the venue of the primary as well as across the 27 LGAs of State. Many of ADC faithful and stalwarts interviewed moments after the event, expressed delights and satisfactions with the process that produced the most credible and acceptable aspirant as the guber Candidate of the Party.

With his victory, Mr. Ejike Chukwu joins Rt. Hon. Emeka Ihedioha of the PDP as aspirants who have smoothly clinched their party ticket for the 2019 gubernatorial election.