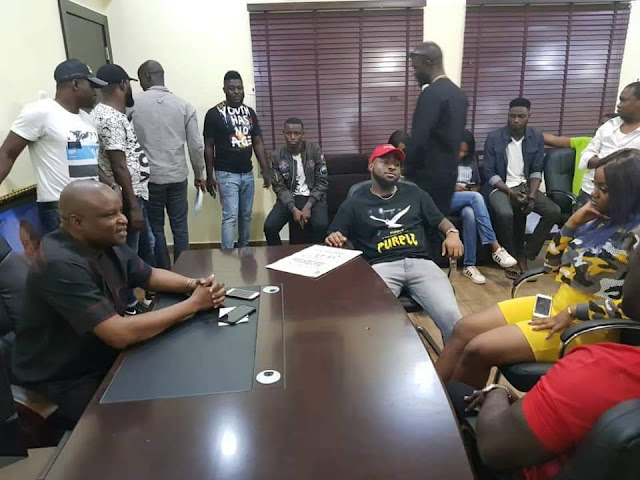 Nigerian pop music superstar David Adeleke popularly known as Davido and his much publicised girlfriend Chioma are doing everything possible to kill the rumour of their alleged break up.

The very much surprised police officer known for bursting the most difficult and complicated crime cases in Nigeria took to his Facebook page to share photos of the Fall singer’s visit with his girlfriend Chioma to his office.

“A Surprise Visit to my office by Our Nigerian Number 1 Super Star Artist Davido and Chioma today. Am So much grateful for this great Gesture.” 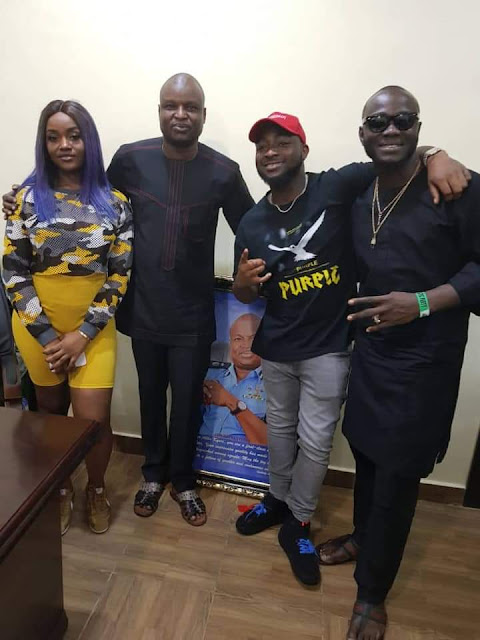 Ifeanyicy.com had reported that Davido had angrily reacted to the breakup rumour of himself and Chioma. He took to Twitter to respond to the speculations and has threatened to sue TheCableNG, the site that broke the news.

According to new reports by The Cable, the couple who have been constantly arguing over the issues relating to infidelity, decided to call it quits A source who spoke with The Cable revealed that their problems recently reached it's peak when 23-year-old chef confronted Davido over allegations of getting yet another woman pregnant. "Chioma has been complaining and they are having issues." said the source.

Abba Kyari, is a Dcp of the Nigeria Police Force, NPF, currently serving at the Lagos State Police Command, in the capacity of the Officer-In-Charge of the Special Anti-Robbery Squad, SARS, an outfit reputed for combating violent crimes ranging from armed robbery, car theft, kidnapping , gang clashes, sea piracy and terrorism. 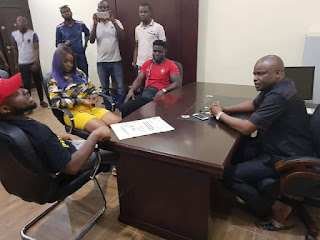 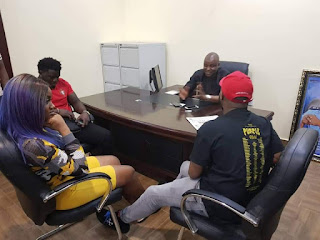