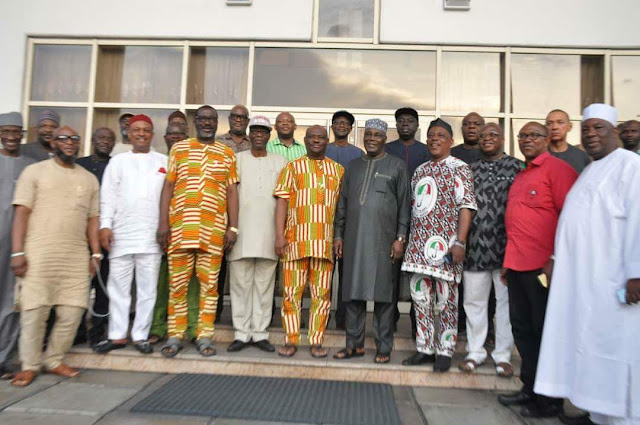 ▪ as Atiku thanks Governor Wike for hosting the most successful convention

Rivers State Governor, Nyesom Ezenwo Wike has declared that all Nigerians irrespective of political affiliation must rise up to sack the most inefficient Federal Government since the country gained independence.

Addressing journalists after a Thank You Visit by the PDP Presidential Candidate and Former Vice President Atiku Abubakar at the Government House Port Harcourt on Sunday Evening, Governor Wike said that all PDP leaders and well-meaning  Nigerians  have a duty to form  a united front  to sack the failed APC Federal Government.

He said though different party leaders supported different aspirants, with the emergence of Former Vice President Atiku Abubakar as the party's Presidential Candidate, all hands must be on deck for the good of the country.

The governor said: "We have no party that will salvage the country  other  than the PDP. A candidate has emerged and we owe it a duty to see that the party  takes over from the most inefficient and ineffective party in control of the FG.

"We are one family. You may support aspirant A or B, but once a candidate emerges , you owe it a duty to make sure your party returns to power.

"We are doing everything we can to ensure that we don't  give  APC any gap. They have failed Nigerians and we will take over in 2019".

He said that the successful hosting of the National Convention in Port Harcourt has once again shown that  Port Harcourt is a peaceful location for national events.

"My happiness today is that the convention was successful and it went on without hitches", he said. 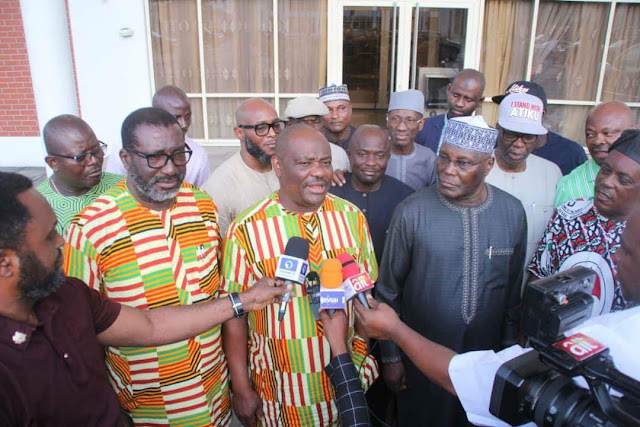 In his remarks, PDP Presidential Candidate and Former Vice President Atiku Abubakar said that the entire country must work towards ending the failed APC Federal Government in 2019.

He said: "The entire country needs a new government. Definitely, we don't need APC to  return to power  in 2019".

He  said the country has gone through challenges ranging from recession, unemployment, insecurity and lack of unity. He said the country needs to chart a new direction in the interest of the people.

Atiku said that it is time for the people of Rivers State to consolidate their support for the PDP in the state.

He said: "I came to personally congratulate the Governor, people and Government of Rivers State and also thank him for hosting a most successful convention ".