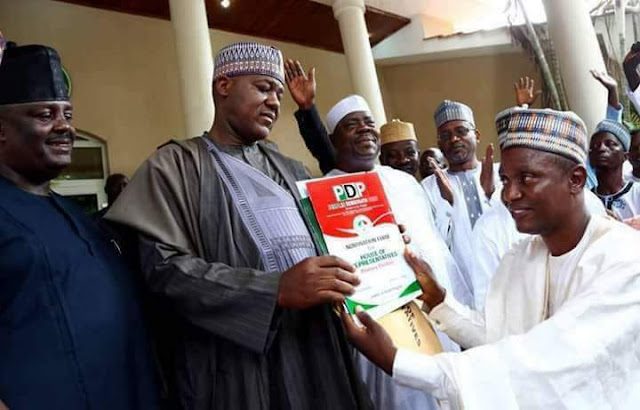 Speaker of the Federal House of Representatives, Rt. Hon. Yakubu Dogara has added to the records of exodus from the ruling All Progressive Congress (APC) as he dramatically dumped the party APC, picking expression of interest and nomination forms to seek re-election under the platform of Peoples Democratic Party (PDP).

While addressing his teeming supporters who followed him to the National Secretariat of PDP in Abuja, the soft spoken Lawmaker revealed that his defection is a response to the call by his people who have been making sacrifices for the development of their constituency. He assured them of a better representation as he returned to PDP.
Posted by IfeanyiCy Njoku
Labels: News