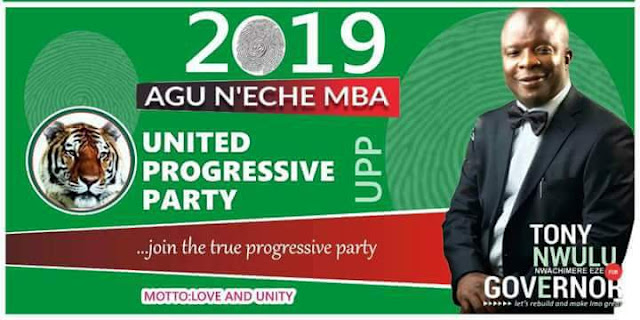 The United Progressive Party, UPP has announced that it would  hold its governorship primaries across the country  on October 5.
According to a statement by the party’s National Chairman, Chekwas Okorie and made available to newsmen stated that  the primaries will take place at UPP state Secretariats across the country.
It was further revealed that Primaries for aspirants for senate and House of Reps will hold on October 6, while matters and disputes arising from the conduct of the exercise will be disposed latest October 7.
Delegates to the primaries will comprise party officers such as Chairman, Secretary, Treasurer, Woman leader, Youth leader as contained in the party's Constitution.
Local, State and National delegates shall be composed of officers as contained in the party’s constitution as amended.
Going by the above, the UPP is set to enter into the 2019 elections fully prepared for task ahead.