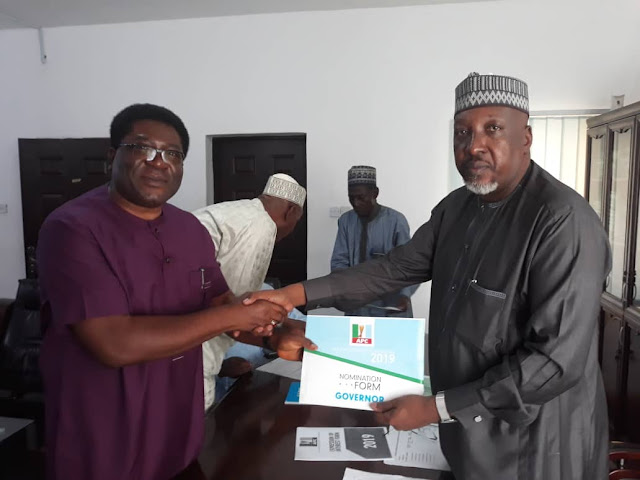 ... Vows To Lead A New Imo Of Our Dreams

The Imo State Ex-Deputy Governor, His Excellency, Prince Ezeakonobi Madumere earlier today, Thursday September 13, 2018, at the APC National Secretariat Abuja, submitted his APC Intent Declaration and Nomination Forms in fulfilment of the eligibility​ requirements to participate in the upcoming Imo APC primary to determine the guber candidate of the Party for the 2019 general elections. 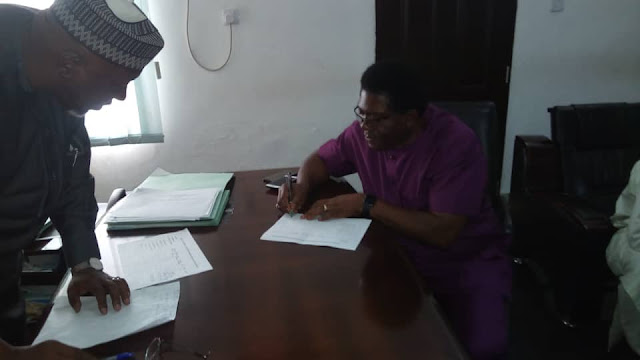 Okorocha’s estranged Deputy Governor posited that he is merely answering the call of majority of Imo who are desireous and yearning for a departure from the status quo. Prince Madumere reiterated that while serving in Rescue Mission, he had some beautiful ideas on the best way to move the State forward but could not make any progress since he was not at the helms of affairs.
Prince Madumere stated his resolve if elected as the next Governor come 2019, to reboot, rebuild and usher in a New Imo State of our dreams where everything will work again amidst endless possibilities.
We may recall that Prince Eze Madumere had been a loyal and close ally of Governor Rochas Okorocha  for more than 25years. Irreconcilable differences regarding​ who should succeed the latter in 2019, have been blamed as responsible for the present hostility existing among the duo.
Apart from Imo Deputy Governor, there have been other aspirants going after the much coveted APC guber ticket, who as at today have obtained and submitted their Nomination Forms.
They are namely: Chief Sir Jude Ejiogu, former Secretary to Imo State Governor; Chief Sir George Eche, immediate past Secretary to Imo State Governor; Chief Ugwumba Uche Nwosu, immediate past Chief of Staff to Imo State Governor; Chief Chuks Ololo, former Transitional Committee Chairman Owerri North; and Chief Chima Anozie (Home Base), Senator Hope Uzodinma, General ogbujie.