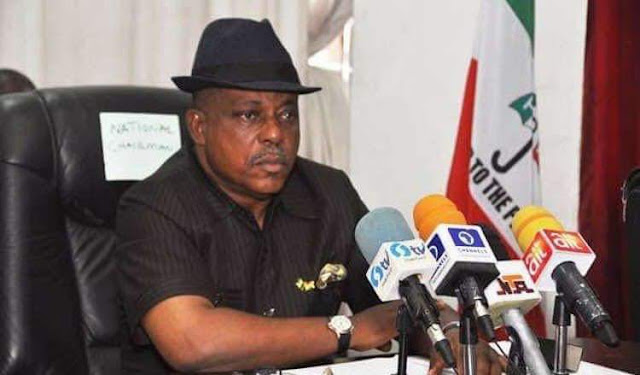 The bill is aimed at checking manipulations in the 2019 general election.

In a statement on Thursday by its National Publicity Secretary, Kola Ologbondiyan, the PDP claimed that Buhari and the APC are quavering because the draft law effectively checked all their machinations, which they intend to use in the 2019 general elections.

The party said the “Such provisions include granting INEC powers to utilize Full Biometrics Accreditation of voters with smart card readers and other technological devices, which the Buhari Presidency and APC know will effectively check their reliance on dead, underage and alien voters, which they intend to use, particularly the Presidential election.

“The amendment bill also provides for Instant Transmission of Results from polling to collation centers which ensures real-time results and reduces human interference and election malpractices, thus effectively checking the alteration of results by the APC.

“Furthermore, the Presidency and APC are against the provision that makes it mandatory for Independent National Electoral Commission (INEC) to publish voters register online as such will end their usual manipulation of voter register ahead of elections.

“The Presidency and APC are also opposing the amendment bill because of a provision which restricts arbitrary qualifications for candidates and encourages younger aspirants, as they fear that such can jeopardize President Buhari’s chances within the APC.

“President Buhari knows that, having failed Nigerians in his first tenure, there is no way he can win in a free, fair and credible election, hence the desperation to manipulate the system and undermine the electoral laws.”
Posted by IfeanyiCy Njoku
Labels: News