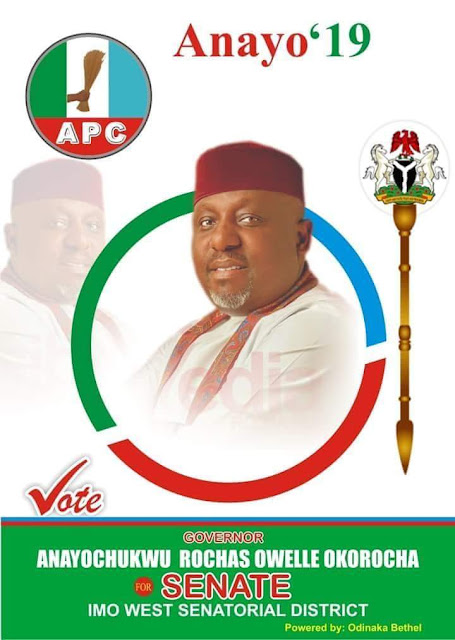 The Governor of Imo State, Rochas Okorocha has appointed the following as members of the State Executive council to replace those relieved last week of their positions who are seeking elective offices in the 2019 general election.

Those appointed and their portfolio are

The above named persons will be sworn-in on Monday, 17th September, 2018, at Sam Mbakwe Expanded Exco – Chambers, Government House, Owerri by 8:am.