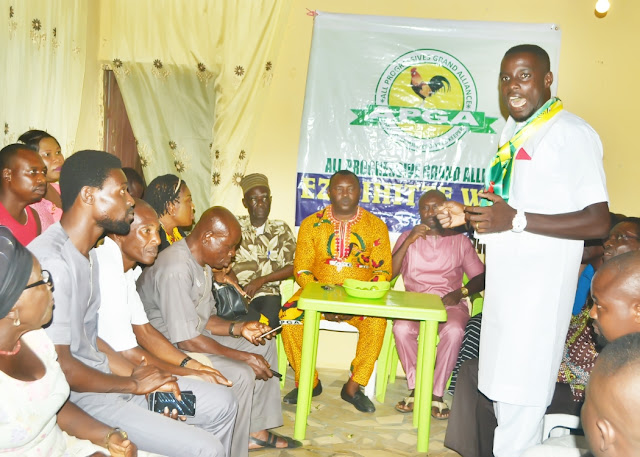 Imo State based business mogul, Augustine Obiakor weekend donated chairs and office equipment to the Mbaitoli Local Government Area chapter of the All Progressives Grand Alliance, APGA.
It was a memorable experience and great event as Umuchinemere Achi Mbieri born young entrepreneur, Ambassador Okechukwu Augustine Obiakor hosted leadership and members of the All Progressives Grand Alliance, APGA, Ezinihitte  ward, Mbieri in Mbaitoli Local Government Area of Imo State on Saturday, 15th September, 2018, at the party office.
The pragmatic and hardworking Managing Director of Twinstar Light House and the Coordinator Mbaitoli Connect had gone home to identify with his people especially members of the All Progressive Grand Alliance, APGA, his first love home grown political party and to chart a way forward for positive political participations and engagements of his people at the rural community.
The twin son of Late Engr. Augustine Nkemakolam Obiakor had commenced his passion and love for politics and community services by registering with the pro-Igbo political party championed by late Igbo Leader, Dim Chukwuemeka Odimegwu Ojukwu.
Obiakor who believes in APGA philosophy of 'Onye Aghala Nwanne-Ya', "Igwe bu'ike" has charged members and leadership of APGA to be their brother's keeper and champion courses that will advance the growth and development of their immediate communities and society at large.
He said 'APGA bu' Nke Anyi' and therefore encourages all to support activities of the party across the state and nation at large.
The youthful Obiakor who is not contesting election neither is he supporting any aspirant in the 2019 general elections donated chairs to APGA in his ward, takes up the responsibility of paying for the party office rent and supports  the activities and programs of the party in his Mbieri ward and would extend such kind gesture to the Mbaitoli LGA and Owerri zone as a whole, IfeanyiCy blog learnt. 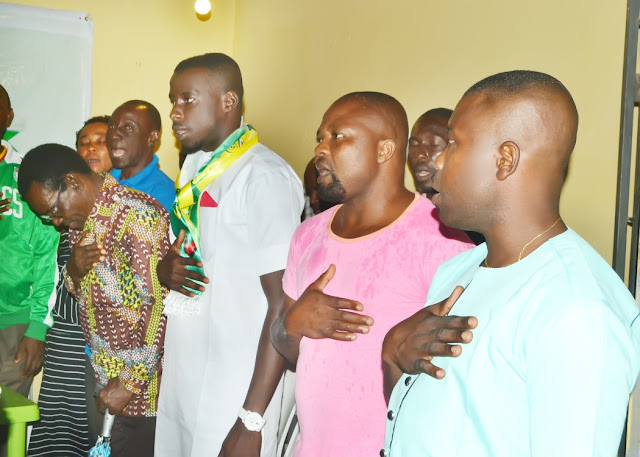 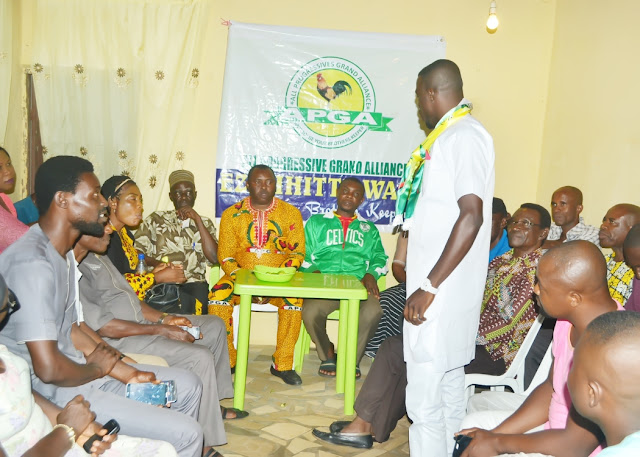 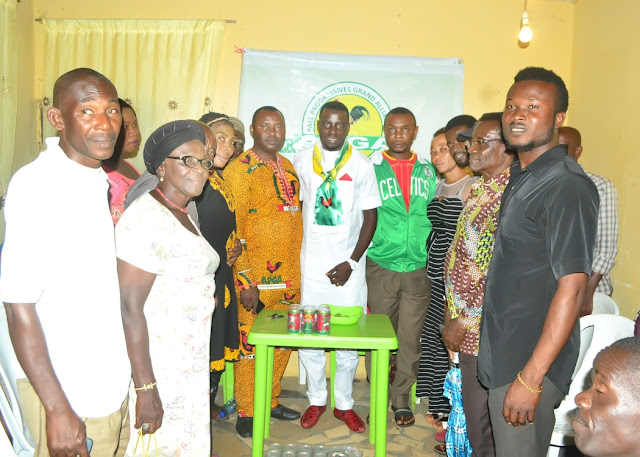 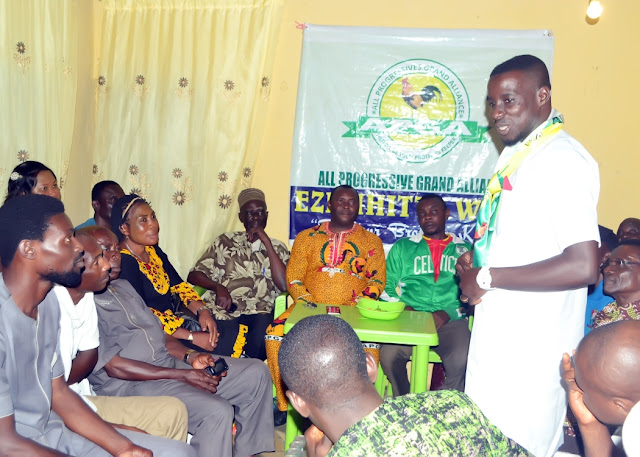