IMO APC REASSURES ALL ASPIRANTS OF A LEVEL PLAYING GROUND 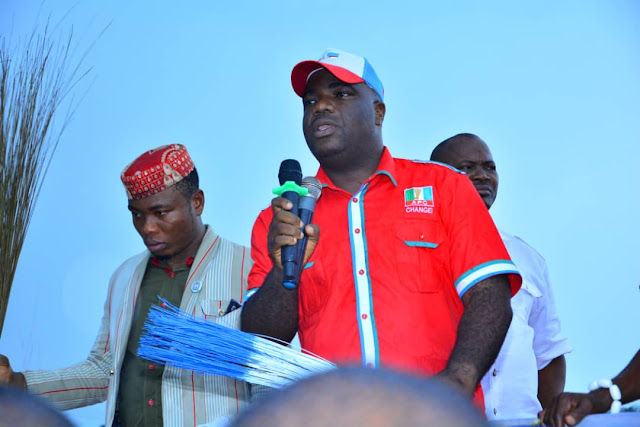 According to a press statement made available to Ifeanyicy.com by the Publicity Secretary of the Imo State chapter of the All Progressive Congress, APC, Mr Onwuasoanya FCC Jones after the state executive Committee meeting with aspirants for 2019 general election, the State Chairman of the All Progressives Congress in Imo State, Daniel Madueke Nwafor has reassured all aspirants on the Party's platform of the commitment of the State Working Committee and all organs of the Party at the State level of transparency and fairness in the conduct of the Party's primaries for governorship, State Assembly and National Assembly seats.

The Chairman who just returned from his first National Executive Council  (NEC)  meeting in Abuja took his time to explain salient decisions reached at the NEC, especially as they concern aspirants to various positions.

The State Chairman also underscored the importance of aspirants assimilating the Party's manifestoes, to avoid a situation where people elected on the Party's platform would completely derail from laid down principles of the Party.

"As aspirants, you must be the major ambassadors of our great Party. You must know what the government has done and own up its actions and its inactions, because ours is the Party in power. Our Party is a Party of the masses, hence, you must ensure that you are in touch with the masses."

He distanced the Party from having any anointed candidate for any position.

"Let me reiterate that all aspirants are equal and enjoy the same rights and chances. The only thing that will determine your success at the primaries is your level of acceptance by Party members and delegates. There is no anointed candidate for any position." He concluded.

The aspirants which include; governorship, national assembly and State House of Assembly aspirants lauded the State Working Committee of the Party for reinvigorating the Party and restoring the confidence of loyal Party members to the Party.