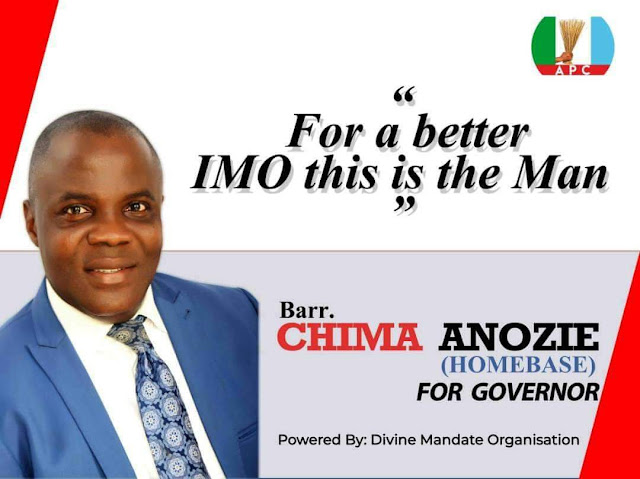 Frontline Gubernatorial aspirant, Barr. Chima Anozie popularly known as 'Home Base' has revealed he will never shelve his ambition to govern Imo State nor leave the All Progressives Congress APC.

Barr. Anozie who spoke to IfeanyiCy blog said he is very qualified to govern Imo State in all ramifications, adding that against the notion that he is being sponsored by Governor  Rochas Okorocha, he is no body’s puppet in the race.

“I know the problems of the state, because I have been around”, the former Owerri Capital Development Authority OCDA boss said.

“No financial enducement will make me step down or join another party. Anytime I am leaving APC, I’ll stop everything about politics”

“I will not step down for anybody, but there’s a condition that will make me to step down. I am for Owerri Zone, but if Owerri Zone will see a person that is better than me, and I am convinced without fear, favour or pride, all my 21 vehicles will be rebranded and I’ll give that person fifty million naira”, he said. 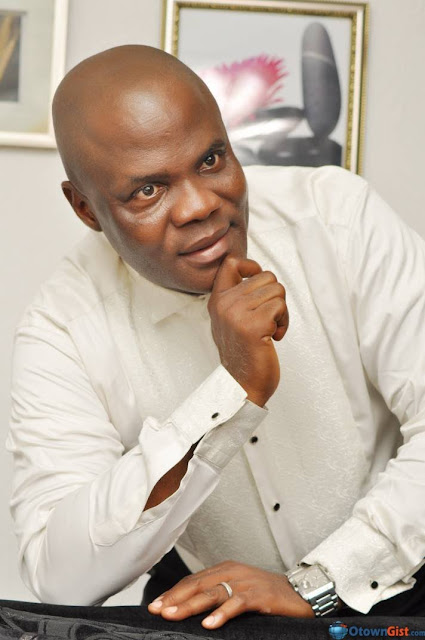 Barr. Chima Anozie who said that odds of intellectual qualification, and zoning favours him, added that if elected, he would not embark on any new project until the abandoned viable ones are completed.

On rural development, he pointed out that he will build more rural roads and provide other basic infrastructures to make most people living in Owerri to start operating from their villages. He also promised to launch a housing scheme that will offer all civil servants the opportunity to own a house either in the city or in their home towns.

Against the popular ‘Operation Feed the Nation’, Barr. Anozie said he will launch ‘Operation Feed Your Family’, a massive agricultural revolution that will practically take people back to the farm.

‘Home Base’ as he is fondly called, said that agriculture is no longer thriving because there is a notion that farmers are poor and he will change that by also serving as the Commissioner for Agriculture in his regime.