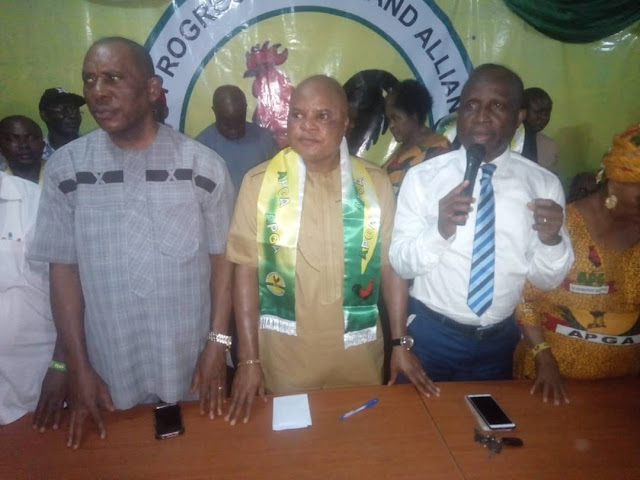 Federal Commissioner, National Communication Commission, NCC and two term Senator who represented Okigwe zone in the National Assembly between 1999 to 2007, most distinguished senator Ifeanyi Godwin Araraume has formally presented himself to the State Working Committee of the All Progressives Grand Alliance, APGA at the Egbu Road, State Secretariat of the party.
Former Chairman Senate Committee on Niger Delta Development Commission, NDDC, chief Ifeanyi Araraume has assured the Party of his commitment toward ensuring that the APGA wins the 2019 general elections in the State.
Former chieftain of the All Progressive Congress, APC, who defected to APGA weekend made a total cash donation of twenty two million six hundred thousand naira (N22.6m) to the Party which includes ten million naira ( N10m ) for the printing of about 100 000 Party cards to ensure all Imolites who are willing to register and be part of the winning APGA got registered. 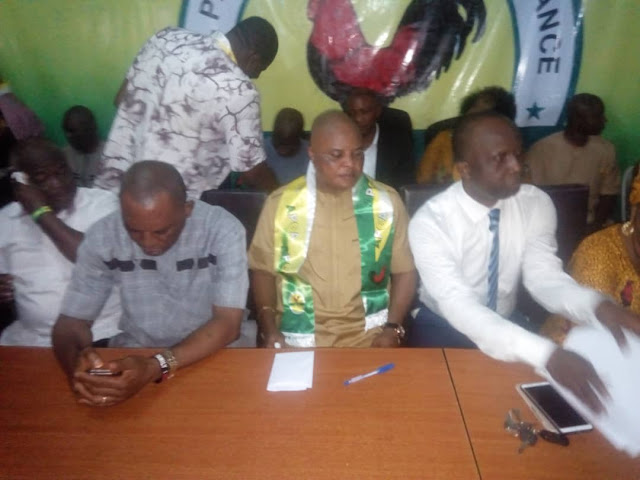 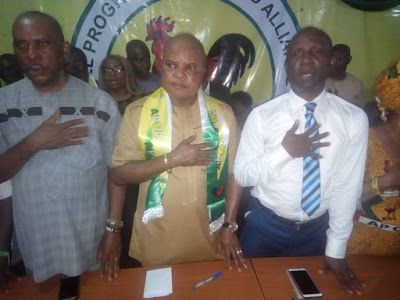 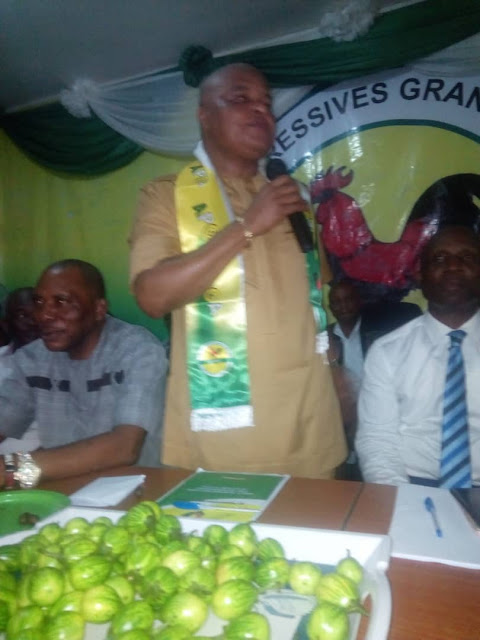 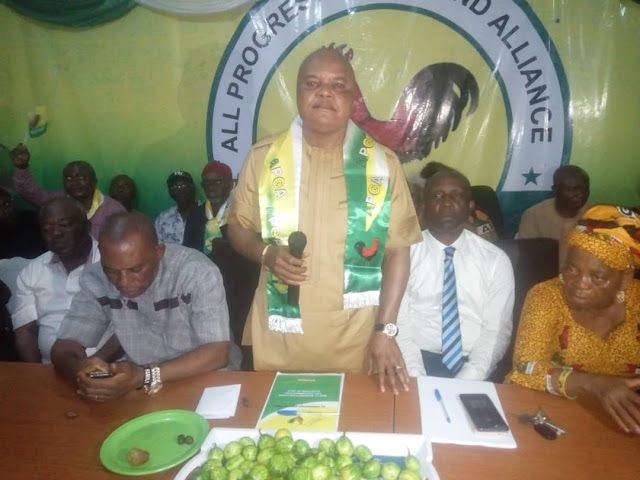 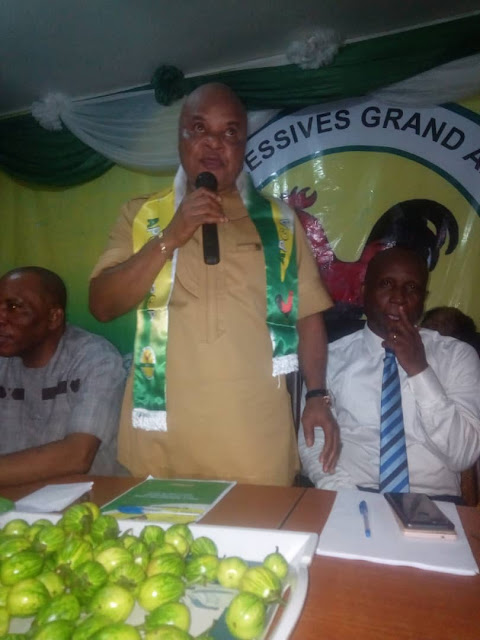