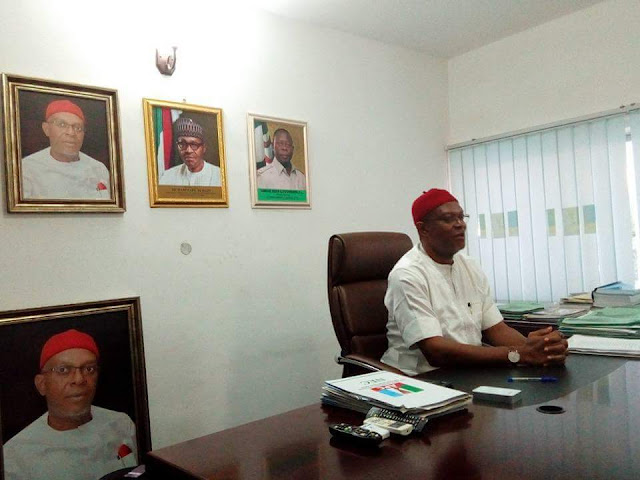 ... Orders fresh Convention/election into the Office of National Organising Secretary of APC..
... Ibediro Appeals for Stay of Execution

According to information made available to Ifeanyicy.com, a federal High Court sitting in Abuja has ruled that the convention/election that brought Bar. Emma Ibediro as the National Organising Secretary of the All Progressive Congress, APC, were fraught with irregularities, sharp practices and violation of laid down rules and therefore nullified the position held by Ibediro and ordered for fresh elections in states were results were not counted or marred with violent conducts or irregularities.
The court ruling was premised on a suit filed by an APC chieftain and former organising secretary , Senator Osita Izunaso who contested with Barrister Emma Ibediro during the National Convention of the Party earlier in the year.
Meanwhile , the National Organizing Secretary of the APC, Barrister Emma Ibediro has filed a notice of appeal and stay of execution on the judgement of the court seeking fresh elections in four States of the Federation over presumed irregularities.