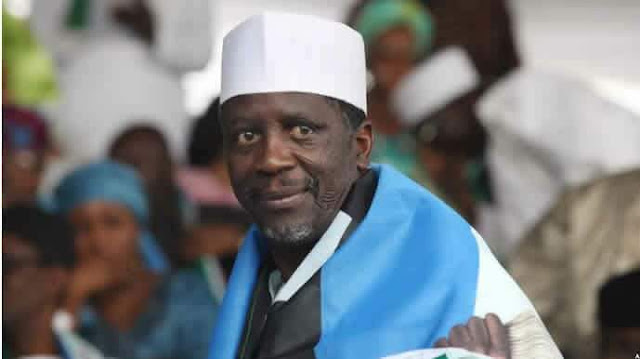 A former governor of Sokoto State and presidential aspirant on the platform of Peoples Democratic Party, Attahiru Bafarawa, says if President Muhammadu Buhari is given 20 years to govern the country, he won’ t fix the economy .

Bafarawa stated this while addressing PDP supporters in Owerri , the Imo State capital , in continuation of his campaign for his presidential ambition .

Stating that Buhari had no business in politics , the ex -Sokoto State governor claimed that the President did not possess the leadership expertise to boost the country’ s economy.

He said Buhari ’ s election as the President in 2015 was a square peg in a round hole .

He said, “The problem with Nigeria is that those in government today have no business being in politics . A military man can never be democratic. He can never change overnight .

“ Give Buhari 20 years as the President of this country, he can never fix Nigeria . He is busy going to China to borrow. If he continues as the President, our debt profile would be unimaginable.”

“ We have to work together to vote Buhari out . Removing Buhari is easy and difficult . It ’ s easy if the PDP presidential aspirants can unite to adopt me . It is not a do-or -die affair .

“ But because of politics , I was arrested and humiliated by the Economic and Financial Crimes Commission. I was freed by the court . Buhari ’s government is very corrupt . If you are in the PDP, you are corrupt , but once you are in APC, you are not corrupt .”

Challenging other PDP presidential aspirants to a debate, Bafarawa also said he believed in restructuring and would make it happen if elected as the President .