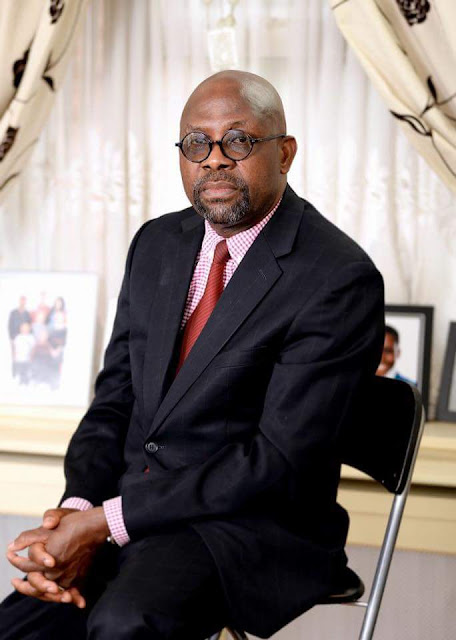 At a time Imo State is at a cross road, what it requires is a leader who will introduce massive reforms to improve on the pitiable condition of the dejected masses.

Out of the over 80  registered political parties in Nigeria, the Mass Action Joint Alliance- MAJA  Party has proven  to be the only political party whose overall objective is to liberate the people from the clutches of poverty,  hunger and deprivation while fixing the fast dilapidating infrastructures in the state .

This is why it has a human being on its logo which symbolizes its commitment to give attention to the plight of the people and place keen  emphasis  on their welfare and progress.

Other political parties have either used objects and animals as their  message on their respective logos. The All Progressives Congress , APC ,  symbol is the broom, that of the Peoples Democratic Party , PDP,  is umbrella, All Progressives Grand Alliance , APGA ,  has the cock , etc.

But Maja party in its unique posture chose a human being to underscore its emphasis on the welfare and survival of the people above other considerations.

The party anchors its  unique selling points on impacting on the people a better and happy living which is a sharp departure of what the present APC led State Government has bequeathed on Imolites in the last seven years.

Aside the core objectives of the Maja party that has placed priority on the wellbeing of the masses, one of its leading governorship aspirants ,  Chief Aloysius Osuji has practically unveiled a populist and people-  oriented programme well designed to lift ndi  Imo out of  despondency and stagnation to the doorsteps  of happiness and prosperity.

His Reformation agenda is one of the finest socio- economic programmes/blueprints that will stand the test of time and catapult Imo State to the zenith of economic advancement now and in the nearest future , if implemented .

It can also be described as the best economic reform policies in recent times capable of taking Imo State from its present pitiable State and sorry condition.

A critical look at Chief Osuji's  reformation agenda shows  that he took cognisance of the militating problems affecting the State on all spheres and came up with an economic roadmap and blueprint that will not only reform the State but bring economic prosperity to the people.

Chief Osuji took a critical look at the pressing problems affecting the people of Imo State on all spheres and came up  with a resounding economic policy that cannot be faulted but rather applauded by the finest economic experts within and outside the country.

This has earned him a  social name "The Reformer". His reformation agenda  is a classical article of faith, which when implemented to the latter when he assumes office in 2019 as the Executive Governor of Imo State  will lead to massive transformation, reformation of the Imo economy that has been ravaged and dealth a huge blow by the ineptitude and "crazy policies" of the present administration in the  State whose porous policies(if any at all) led to massive poverty and reductionism of the Imo citizenry.

The core objectives of Chief Osuji's  Reform  programme is centered on the development of the 27 local governments in the State that will lead to economic revival of the hinterlands that has been randomly neglected by past administrations.

Such a comprehensive development work plan will unveil the hidden potentials of the State in the 27 local governments that have  been systematically left in quandary and to suffer the pangs of under development leading to mass poverty in our rural settlements.


Chief Osuji understands that the key to unlocking the huge economic potentials of Imo State is to give considerable attention to the rural areas where there are embedded minerals and resources(Ohaji/Egbema, Oguta , etc ) which if well exploited has the capacity to transform the State.


This is why the kernel of his reformation agenda is anchored on giving Imo people a new lease of life that  will be anchored on  social, political and economic rebirth.


The Reformation agenda is basically a blueprint that will not only restore the years the locusts have  eaten in the State ,  but a long term modus operandi that will serve as the economic foundation  and guarantee the future of the children and the masses.


With the inclusion of ISEEDs -Imo State Economic Empowerment Development Strategies ; an economic template encapsulated in his Reformation Administration's Policy Thrust tailored toward the circumstances of the state poor public finances and proposed actions to improve them with his team of seasoned financial experts , analysts and management consultants : while focusing on delivery of basic services and analysing sources of growth in the state's economy (for example , in agriculture , manufacturing , small and medium-seize enterprises ) through which growth could be enhanced and many jobs created .

Chief (Barr) Aloysius Osuji , in the course of his local governments sensitization tour and private consultation with religious leaders , the business class and members of the academic world , has identified five sordid  central challenges responsible for the parlous state of Imo economy and the impoverishment of the majority of its people .


* The concentration of  political  power and key public  offices | positions in one man's family .


* Poor economic management , underscored by the volatile pattern of public expenditure (-the state government does not account for its revenues and expenditures ) , and this one-sided income base orientation of  oil free money through monthly Federal Allocation from Abuja .


* Poor governance and weak institutions undermined by ingrained and institutionalized corruption through alleged allocation of public lands to a selected members of the state government .


* A hostile environment for private -sector growth , typified by bureaucratic hurdles and requirements - with attempts to silence small scale and medium -seize enterprises through unwarranted demolitions of urban markets across the state .


However , to overcome the aforementioned challenges , the  ISEEDs  of the Reformation Agenda  shall focus on four major  goals .


The latter goal which seeks to recall for Imo youths ; majority of who engage in this '' Get -Rich-Quick -Syndrome " ; some of the traditional values that had long guided society and made corruption (- classified stealing ) a thing of shame , but rather propagates respect for elders , honesty , accountability , industriousness , cooperation , discipline , self - confidence and moral courage .


With the above point, ISEEDs has maintained that this new strategy for Imo state economic advancement should be built on traditional set of values towards which Imo youths should be reoriented for a sound and sustainable future .


√ To promote private enterprise as the engine of growth by deregulating and liberalizing key sectors of the state economy and incentivizing the private sector to invest and create jobs .


√ To empower people by improving the delivery of basic services that matter for their lives - quality and affordable education , efficient health care services  and provision of basic infrastructure ( power supply , clean water , sanitation ) and supporting small scale and medium  enterprises .


Chief Osuji, as an accomplished and seasoned lawyer of international repute and industrialist ,  understands that only a total reformation of  Imo State will lead to the attainment of self sufficiency and prosperity of the people.


This is why he has focused his attention on free and quality education, credibility, transparency and accountability.

This  socio economic outlay underscores his deep understanding of the myriad problems affecting Imo State.With a comprehensive roadmap aimed at salvaging the State that has been in ruin for a long time.

As the 2019 election draws very  closer ,  there is need for the electorate to elect only those especially one in the mould of Chief Aloysius Osuji who seems to have the roadmap for a better Imo State at his palm.