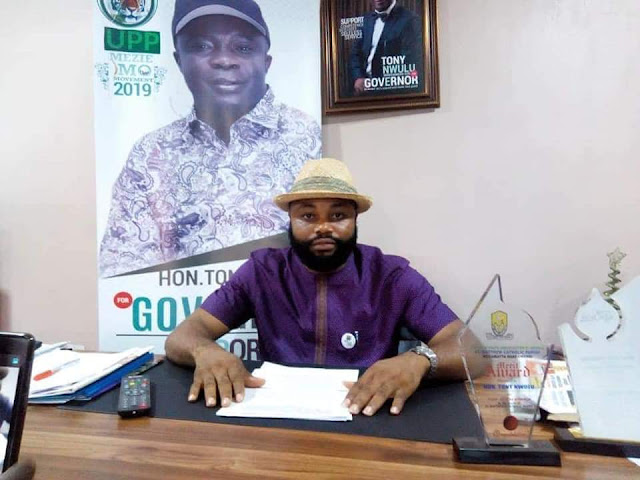 Comrade Kelechi Chukwu, Director General of Mezie Movement, a campaign structure of Hon Tony Nwulu, the leading governorship aspirant of United Progressive party, UPP in Imo, has advised aspirants of sound pedigree to take advantage of the numerous benefits of the party’s political process, which he maintained is devoid of manipulation or deceit.

Chukwu who gave the advise on Wednesday during an interaction section with journalists at the Mezie Imo Moment Campaign office in Owerri, said UPP remains the only party that is rancor free and devoid of those ugly scenarios that have been witnessed in other parties.

The young and vibrant DG said, all aspirants should join UPP since it remains a progressive party committed to providing the much needed good governance and responsive leadership.

According to Chukwu, “It has become evident that the United Progressive Party UPP emerged as one of the leading political parties in Imo and a beautiful bride for all leading aspirants gunning for elective positions in our dear State.”

“The party has also emerged as the major political force in the South East geo political zone, hence, her membership has risen significantly and continued to grow in the speed of light.”

Chukwu said “As you may have observed, in the recent past, the party reduced the cost of Nomination and Expression of Interest Forms in order to accommodate youths and female aspirants.” 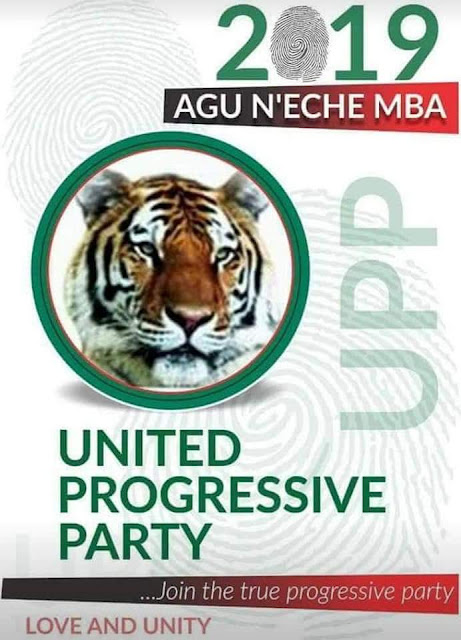 “The party has also attracted waves of enthusiasm from Imolites and is now a rallying point for Imolites who have embraced the party as their own and a vehicle that conveys their expectations to reality.”

“The UPP with tiger as it’s symbol has become a major force in the State and has imbibed the ideology of hard work, rebuilding our society and right to determine a new Imo State where all views will be freely expressed and the rule of law fully observed.”

He described UPP as a party for the youths and a rallying point for the elderly, the less privileged and all those who believe in a better society.

Chukwu who poured encomium on Hon. Tony Nwulu while responding to questions from journalist said, the gubernatorial hopeful initiated the Not Too Young To Run Act, which today has given the youths across the country and beyond, the opportunity to take active part in governance and leadership.

His word “Let it be on record, that the UPP is as at today, the only political party in Nigeria that has deliberately taken steps to yielding to the demands of the now by reducing drastically, the fees for Nomination and expression of interest forms.

A unique opportunity for youths and our aged ones to fully realize their political dreams and aspirations.