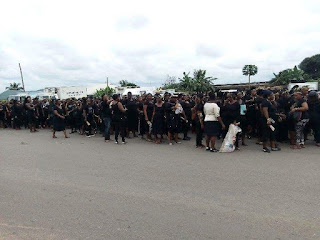 A high court in Owerri on Friday evening released, unconditionally, the 127 women suspected to be members of the outlawed Indigenous Peoples of Biafra.


The women were remanded by a magistrate's court in Owerri on Monday and Thursday respectively, after they were arrested and arraigned by the Police for demanding to know the whereabouts of missing IPOB leader, Nnamdi Kalu.

The bail application filed by the lead counsel to the women, Ejiofor Uche, was not opposed, as the Police had no representation in court. 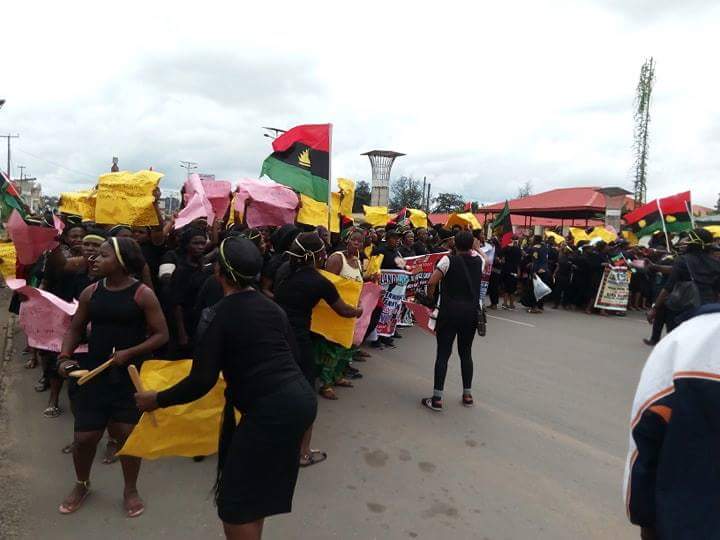 The court had granted the bail application, and freed the women unconditionally.

Their release sparked off wild jubilation on the court premises and within Owerri, the state capital.

The Police prosecutor, Theaddus Okay, told our correspondent that the Police had no representation because the matter had been referred to the state ministry of justice for legal counsel and decision.

He said that the Police had no powers in whatever decision that was taken subsequently.
Posted by IfeanyiCy Njoku
Labels: News