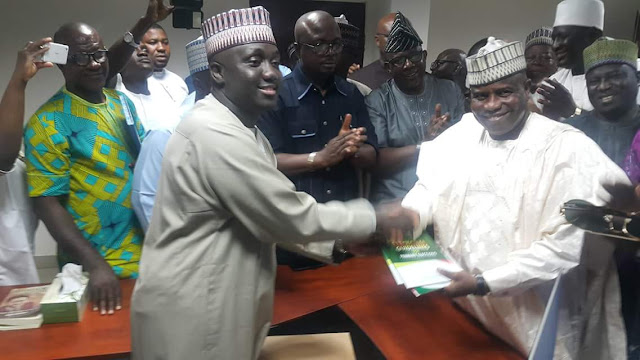 Governor of Sokoto State, Hon Aminu Tambuwal today at the PDP National Secretariat, purchased the Nomination and Expression of interest form to contest for the President of the Federal Republic of Nigeria in the 2019 general election.

The former Speaker of the House of Representatives, while briefing newsmen shortly after picking the nomination form, promised to deploy his energies in unifying Nigerians, arresting the drift in our economic fortunes, leading from the front, mainstreaming inclusiveness in all aspects of governance, and giving the youths and women the desired support to realize their huge potentials. He promised to frontally tackle the herders/farmers issue that has been undermining the nation's move towards food security.