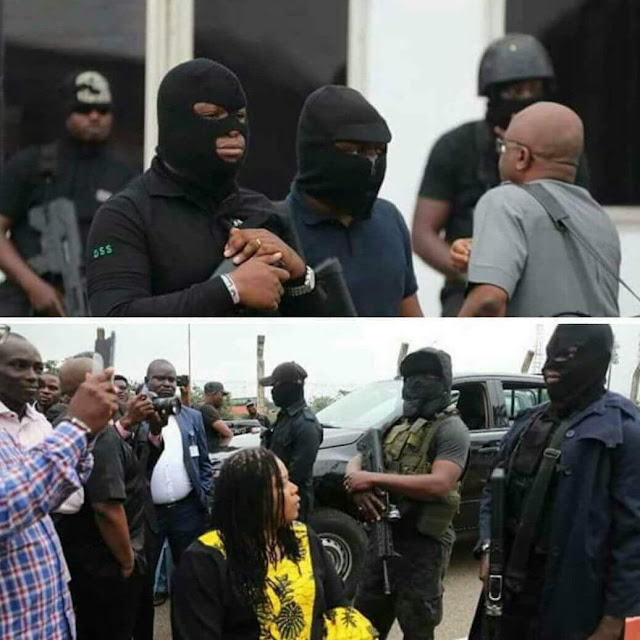 The masked security operatives and officials of the Department of State Services (DSS) stormed the National Assembly very early on Tuesday morning and barricaded the entrance to the complex.

Lawmakers and members of staff of the National Assembly were prevented from entering the premises.

Journalists were also barred from entering the complex as a result of what the DSS allegedly said is an order “from above.”

Ifeanyicy.com, reports that the masked security operatives were hostile to journalists as they seized the phone of one of the journalists covering the National Assembly.

The lawmakers alleged that the move by the security is an attempt to aid the impeachment of Senate President Bukola Saraki and the Deputy Senate President Ike Ekweremadu by cabals in the All Progressive Congress, APC, loyal to the President, Muhammadu Buhari.

Senate President Bukola Saraki had on Monday called for an emergency meeting with principal officers of the two chambers of the National Assembly.

The meeting was called few days after some lawmakers called for the reconvening of the Assembly to attend to some urgent matters of state.
Posted by IfeanyiCy Njoku
Labels: News