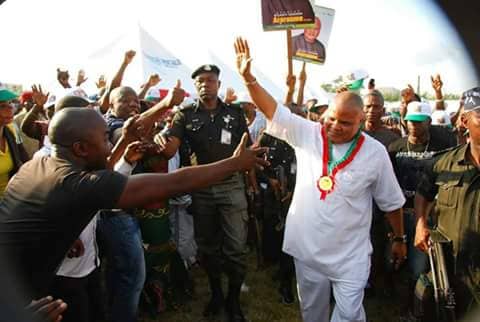 The most popular and grassroot politician in Imo State, Senator Ifeanyi Godwin Araraume has reacted to news of his purported move to All Progressive Grand Alliance, APGA, which is already raising dust in the political climate of the state, stating that such rumors of his defection to APGA were unfounded.
The two term Senator who represented Okigwe zone in the National Assembly between 1999 to 2007 in a conversation with IFEANYICY MEDIA said,
"It's not true that I have left All Progressive Congress, APC. I am still with the party. But the truth is that, I am not happy that members of the Imo APC coalition were not allowed to participate in the local government elections and not given the opportunity to express their democratic rights. The APC in Imo State under Governor Rochas Okorocha is a closed system that doesn't allow for free association and movement of people . Coalition members were denied the opportunity to participate in the local government election. When I got complaints from those aspiring for chairmanship and counselorship positions who were denied their constitutional right. I feel for democracy. 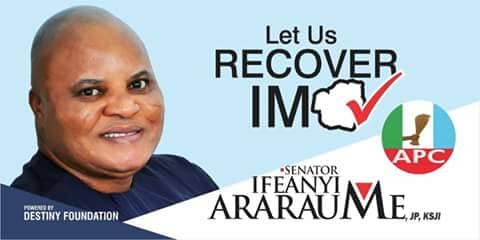 The Federal Commissioner, National Communication Commission, NCC, reiterated , "as a chieftain of the All Progressive Congress, APC, i will continue to mobilise support for the reelection of President Muhammadu Buhari like I have been doing in Imo and South East States . Though there are pressure from my supporters, Ndi-Imo and other critical stakeholders for me to join another political party, I have not made any decision yet. Yes many people have come to me, It's normal in politics. When I decided, it will not be a rumor. Let it be known that I am still in APC."
When IfeanyiCy blog asked Senator Araraume if it's true that he had secretly join All Progressive Grand Alliance, APGA. Araraume said, " I don't even know who is APGA Chairman in my ward, will I join APGA without knowing who is my ward Chairman? I am a member of APC and a strong member for that matter " 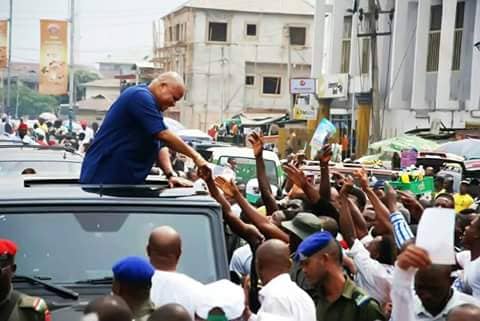 Ifeanyicy.com reporter who were at Senator Araraume country home at Isiebu, Isiala Mbano Local Government Area, in an interview with the Senator, asked if he will be declaring on Saturday to join All Progressive Grand Alliance, APGA. The 2019 Imo governorship hopeful, said, "there is nothing like that, tomorrow I will be having meeting with members of the All Progressives Congress and Coalition members here in my village. We are in APC, but one thing is certain, we would not allow Okorocha turn Imo State into private political estate. We don't practice monarchical system of government. What we have is democracy, and I will protect and defend the interest of Imo people at all costs.
Araraume’s Destiny Organization campaign outfit remains one of the most formidable political organization on ground with a measurable number of diehard faithful scattered across the three zones in the state.
In another development, Senator Ifeanyi Araraume has been described as the only one who can retrieve power from Governor Rochas Okorocha.
During a political gathering of politician across party line Senator Ifeanyi Araraume in his humility went round to greet his brothers from all works of life and political parties. At each point he was warmly received with words of encouragement and whisper: "ONLY YOU CAN GET POWER FROM ROCHAS. WE ARE BEHIND YOU. JISIKE. THE PEOPLE'S SENATOR"