Menu
Home » Opinion » DID WE REMOVE IKEDI OHAKIM IN 2011 OR POWERFUL MANIPULATORS DID ?

DID WE REMOVE IKEDI OHAKIM IN 2011 OR POWERFUL MANIPULATORS DID ? 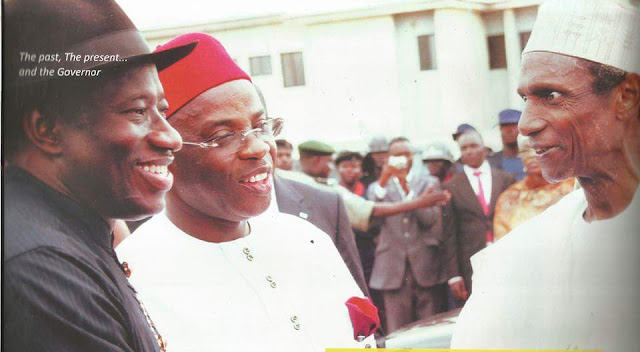 Many of us who were alive to the political developments in Imo State in the last eleven years know that the PDP Federal Government under President Goodluck Jonathan played the most significant role in the removal of the PDP Government of Ikedi Ohakim in 2011. It was a special Jonathanain project.

Unfortunately many leaders and ordinary citizens in the state openly claim that the masses of the state voted out the former Governor Ikedi Ohakim. By masses they obviously refer to the crowd that welcomed the emergence of Rochas Okorocha in Owerri in 2011.

While some of such leaders and citizens neither voted in the elections nor even have PVCs, they identify and claim victory with the masses that welcomed the emergence of Okorocha in Owerri in 2011. They assume that those plebians were the people who removed Ohakim and proceeded all along to explain and justify their actions. Some even claim that the Catholic Church removed Ohakim. 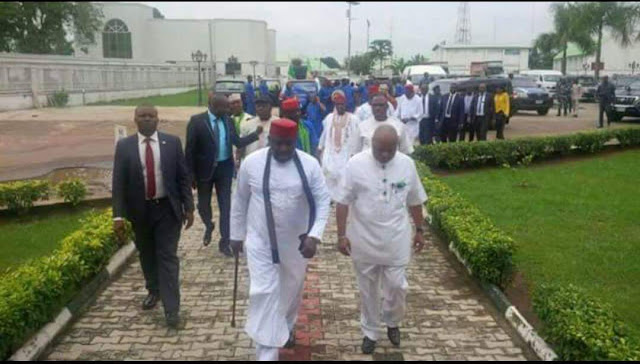 By that mass action logic we can also assume that the huge crowd that thronged the Dan Anyiam Stadium during the last APC Mega rally in Owerri following the APC Congress in June, were truly supporters of Rochas Okorocha and the atrocities of his administration in the last seven years. But this is certainly not so. For the rented crowd, it is a job, an opportunity to be at Owerri and hear the current babblings.

Those who understand human crowds would tell you that you do not interpret certain realities by mass movements. Masses move according to the persuasion of critical actors (good or bad) who understand how to manipulate them for the actors’ selfish or patriotic purposes. Masses respond to influences, offers, commands, fears, inducements, needs, directives, forces, etc. Mass actions may be planned, unplanned, instinctive, purchased by carrots, sticks or other means, as well as be driven by remote instructions. The voice of the masses is not the voice of God. The bible doesn’t tell us otherwise. When the masses are calling you a robber and blasphemer, God could be calling you a son, a redeemer and king. 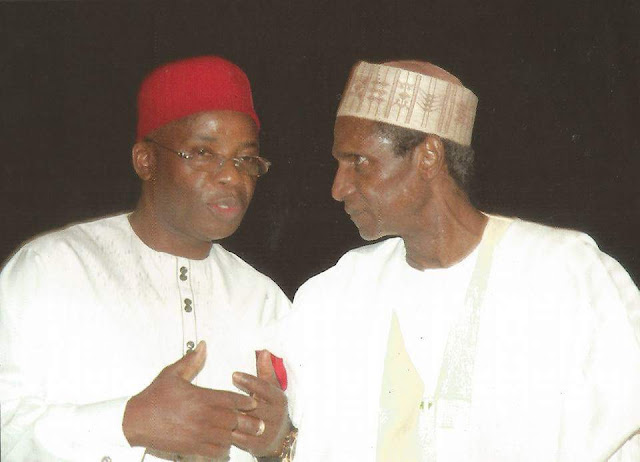 History reveals that masses can easily be swayed by sentiments some of which are wholly irrational and devoid of any meaningful calculations. The Romans see masses of people as pliable marionettes on the chase-board of deft mind manipulators. Mind manipulators move both large and small groups to do their bidding by applying the appropriate tools for each (viz money, threats, sentiments, punishment, etc). They even manipulate educated citizens to conform or kowtow to their wishes.

Today it baffles most Imo citizens that our elected and educated legislators in the Imo State House of Assembly could easily be manipulated to pass a four year budget in one day; remove the Deputy Governor on trumped up charges; suspend their own fellow members without moral justifications; reject their autonomy bill; and even endorse the Governor’s son-in-law from the same zone to succeed him.

When the PDP Federal Government of Goodluck Jonathan decided to remove Dr. Ikedi Ohakim in 2011, they did not deploy the constitutional process of impeachment because there were no impeachable offences to rely on; they did not raise issues of corruption, violation of the law, lack of due process, non-payment of salaries, gratuities and pensions, illegal acquisition of state and private lands, illegal demolition of lawfully acquired and developed properties, etc, because there were no such violations of the rule of law or rights of people. Jonathan, however, felt that Ohakim was not sufficiently obsequious nor servile. Ohakim was full of the Igbo hubris and did not genuflect in his presence. Ohakim’s voice was becoming too strong in the land. He had too much of the ears of the former President Musa Yar-adua; he had too much boldness; too much patriotic Igbo zeal; too articulate at both the National Council of States and the meeting of Governors. Ohakim had within two years of his Government galvanized South East Governors to unite; engineered the creation of South East Traditional Rulers Council with our Imo monarch as the chairman; redirected the National Gas Master Plan and became the Chairman of the committee to redesign it. He had boldly and promptly drawn the attention of the Federal Government to the fact that the South East had the largest concentration of gas deposits in Nigeria and deserved the highest consideration as a beneficiary zone. Ohakim represented a burgeoning resurgence of the Igbo spirit. To Jonathan, he just has to go. He was another Festus Odimegwu. Odimegwu was eager to provide historical statistics to show that the Igbo and Eastern population had been larger than either the Northern or Western population since the 1920s. Like Odimegwu, Ohakim too must be stopped. This would please Northerners like Kwamkwaso who will help re-elect Jonathan. But Ohakim was elected and cannot be removed like Odimegwu. Being an elected Governor, given his immunity and not being impeachable, only another election could be used to remove him. Then began the Propaganda to impeach his character, to taint his image and to discredit him. Of course, Igbo land is full of buccaneers and undertakers. “Everyone” here has a price. The mere privilege of relationship with people in the Presidency, a few appointments and some financial/contractual inducements, would recruit for them formidable propagandists and well placed character assassinators. 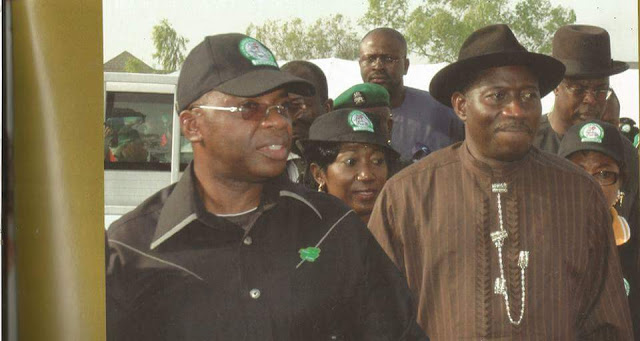 In a short while you had highly placed collaborators from the three zones of Imo (Orlu, Okigwe and Owerri) to do the hatchet job. They began to find fault with Ohakim towards the end of 2010. Ohakim is proud, his wife is proud, Ohakim would increase university fees, Ohakim was giving fake jobs, Ohakim was wasting Imo resources on dredging the Nworie River, Ohakim beat a Reverend Father, etc.

No one bothered to see that none of the above amounted to any meaningful parameter of measuring a government. No one was ready to see the results of the Clean and Green programme; the fantastic Imo Rural Road and Maintenance Agency (IROMA); the Rapid Response Health Programme for all local governments fully equipped with 27 qualified doctors, 27 ambulances, 27 communication gadgets, 27 sound proof generators, cold rooms, incinerators, etc. The over 1,395 rural water schemes, the Imo Free Way; the Operation Festival security programme that guaranteed that no one was killed by kidnappers during his tenure; the 10,000 man job; the keke scheme that stopped the accident prone motorcycle transporters (Inaga). To them, Ohakim just has to go. Even if he was a saint!

The buccaneers were so blinded by hatred and desperation to satisfy the Presidency, that those of them from Okigwe forgot that equity allowed their brother one more term; those from Orlu jettisoned fairness and felt their own brother should be encouraged to usurp Okigwe’s turn; the fraction of them from Owerri forgot their rights under the Charter of Equity and chorused “crucify him!”. They raised their own funds to sponsor away their chance to govern Imo after Ohakim. 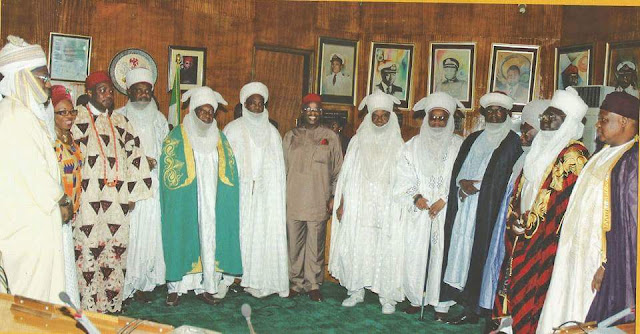 Then came the 2011 elections. Almost all the results had come in by the evening of April 25, 2011 and Ohakim was coasting to victory. He needed only the very favourable results from Ohaji/Egbema to win the elections even if the remaining few were not added.

The conspirators were alarmed. Something had to be done. They cannot fail the federal paymasters; they quickly recommended to the presidency that the election be cancelled. Even the remaining results from Ngor Okpalla would worsen the damage. The powers quickly saw to it that the elections were without cogent reasons cancelled.

The supplementary elections would afford them the perfect opportunity to bring in the right INEC officials, the right number of army, police and master elections riggers to procure the ordained defect and victory. Yet some intelligent man on the street of Imo deludes himself that some imaginary masses cancelled the elections, brought the security agencies and muscled INEC and party officials, to submission. Fine, If you continue to think so. 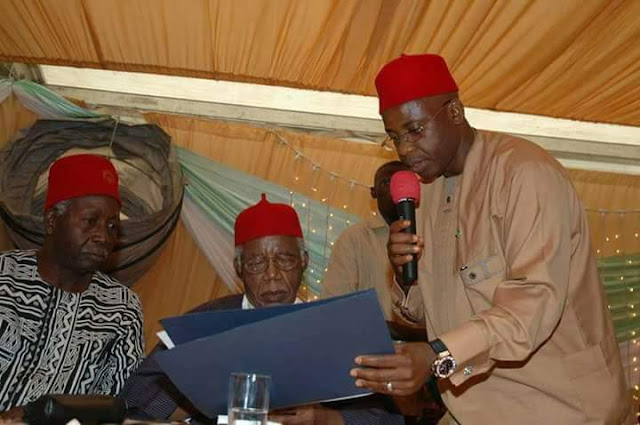 Perhaps the most painful legacy of this season of anomie is the violation of the Church and traditional institutions. The various orthodox church leaders have lost their voice; the conceited pentecostal church leaders have become minions in government house providing prayer support to ‘our’ doom. Our revered traditional institution and rulers have been abused, deposed, removed, and made to conduct march past before the Governor and his friends from Sokoto and other parts of the North in an open stadium. 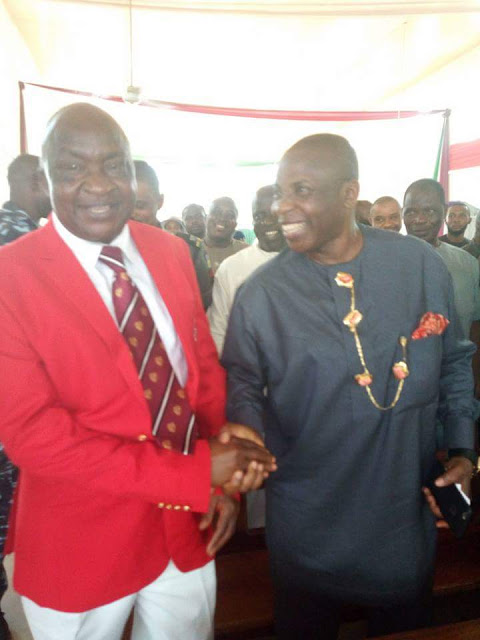 Imo people need a rethink; we must go back to where the rain started. We must return Imo to “the hands of God” (not the one constructed by Rochas in Naze). Only a true Igbo son, a Christian and an experienced team can recover Imo from the present regime which boasted it would stay in power for 24 years.

Our task is enormous. We need God Almighty and an experienced and selfless leader to recover Imo from the present monster.

This is no time for political games. This is no time to recruit trial and error leaders. It is not time for merely ambitious and brilliant aspirants. This is no time for gamblers, confident tricksters and fine boys. We face a challenge; a creeping predator too powerful for careless defence. We need a Governor that has the experience and records to pick Imo State from the rubbles of decadence. A leader who can reassemble serving and retired technocrats to recover and rebuild the governance structure.

It is time to overcome our mistakes and misjudgments. Granted that our leaders have offended themselves, they can all still rise and agree for life and survival. Life and survival for our state and our children. Recovery of our rights and properties, our public services, our educational system and our culture and traditions. 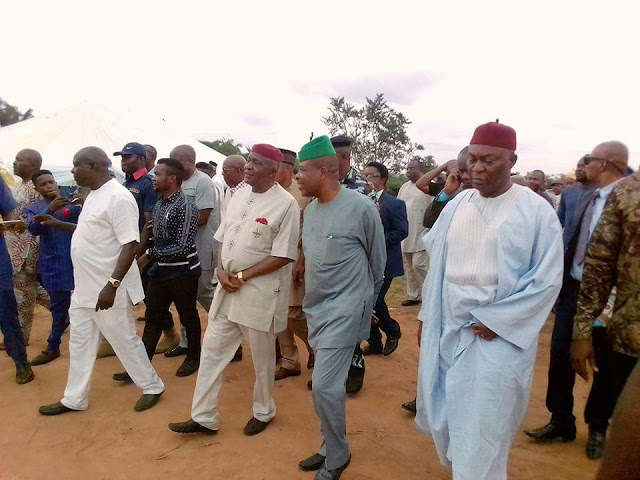 The challenge is not a partisan issue. It calls for concerted effort; the demand goes to the need for our common survival both as Christians and as a race. We must team up with Anambra State for the expression of an Igbo voice and momentum for liberation, from the shackles of the agents of the invading malaise. We must be at home somewhere before we can feel at home everywhere. Imo must be in the vanguard of Igbo liberation.

Let us forgive ourselves and agree under Christ for Igbo national deliverance. Enough of these internal squabbles. We can do it.

I am thinking APGA; I am thinking we should bring back Ohakim for just one more term. Let peace reign in Imo State.