Menu
Home » News. » We Should Stop Pretending, Everything Is Wrong With Nigeria - Gov. Tambuwal

We Should Stop Pretending, Everything Is Wrong With Nigeria - Gov. Tambuwal 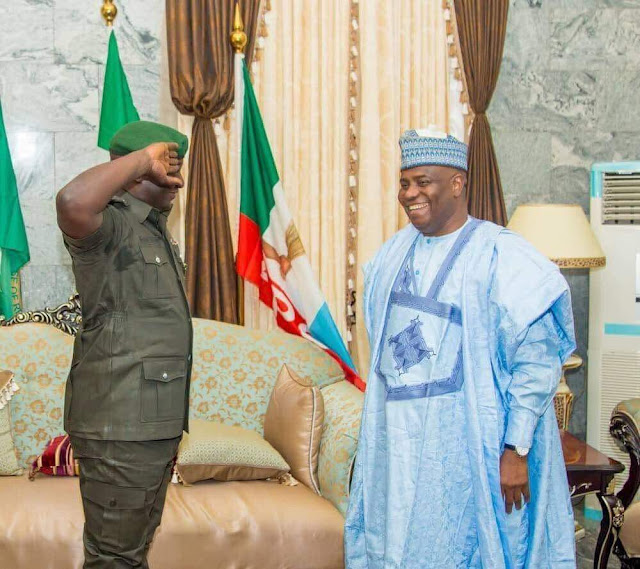 Governor Aminu Waziri Tambuwal of Sokoto state has said that leaders at all levels must accept their responsibility because they cannot  continue to pretend that all is well with the nation.
"Everything is wrong with our nation and we must as a matter of  urgency rise to the challenges," he stated.

Speaking on the incessant killings in the country, the Governor said  it has justified their calls for state police and state Governors to  have some measures of control of security personnel in their  respective states.

He described it as unacceptable that a Governor would call the  Commissioner of police over an important security issue but his call  would be ignored.

Tambuwal who was declaring the National Executive Council meeting of the Nigeria Union of Journalists (NUJ) open in Sokoto on Saturday, called on President Muhammadu Buhari to do something about the serving chiefs and their mode of operations.

"Providing security rely squarely on government, particularly, federal government. We must call a spade by its name. The President has to do the needful. We have qualified people who can bring fresh ideas," he said.

In his remarks, the national President of NUJ, Abdulwaheed Odusile said traditional and past leaders should desist from fanning the embers of hatred in the country.

"They should mind what they say and media should also be mindful of what they write," he cautioned.

He urged Nigerians to learn to live in peace with one another and not to resort to violence in settling their differences.

Senator Aliyu Magatakarda Wamakko who was represented at the event by Isa Galadanchi admonished media practitioners to see their profession as a sacred duty between them and God, hence they should shun bias and unprofessional conduct capable of causing disunity in the nation.
Posted by IfeanyiCy Njoku
Labels: News.