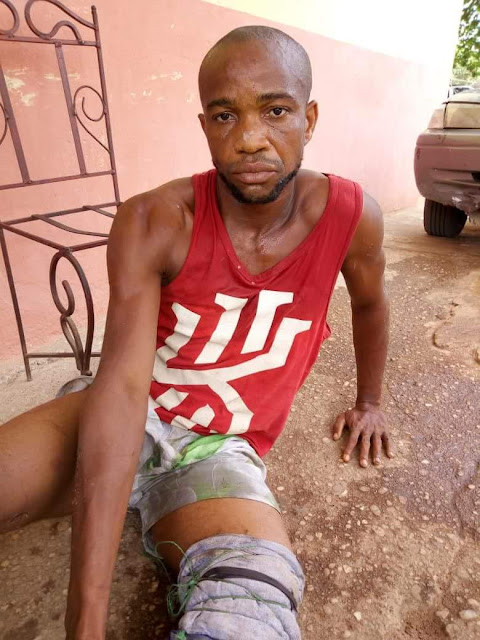 Operatives of the Federal Special Anti-Robbery Squad in Imo State have arrested one of the kidnappers that abducted two entertainers, Ugo Stevenson and Izunna Obiakor in Owerri .

Stevenson , a 2008 winner of Nigeria Music Awards , is a popular high life musician, writer and public commentator, while Izunna Obiakor is the chief executive officer of Twinstar Lightening and Stage House in Owerri .

It was learnt that N1m was paid as ransom for their release after spending five nights in the kidnapper’ s den .

A 2007 Toyota Highlander Sports Utility Vehicle belonging to one of the entertainers was not recovered , Southern City News gathered .

A police source told our correspondent on Tuesday that the nabbed suspect and his fleeing gang members re-established contact with their victims demanding additional N300, 000 before his SUV could be released to them.

The source said , “The kidnappers re-opened communication with their victim and made a demand of N300,000 as the amount to pay to enable them release the SUV to him .

“ The operatives of the Federal Special Anti-Robbery Squad , led by its Commander , Godfrey Victor, cashed in on that. The kidnap victims were asked to play along .

“ It was in the process of receiving another ransom of N300, 000, after collecting N1 m earlier, that this suspect , Sunday Okoli , aged 35 , who hails from Amokohia Ubi in the Owerri West Local Government Area of Imo State, was nabbed . Unfortunately, others escaped .”

The source said the arrest of the suspect while collecting the ransom was key to eradicating kidnapping and criminality in the state.

“ He was arrested in the act. He can’ t deny it . It is good for us. He has made confessional statement admitting to the crime . His revelation is very instrumental to our work and subsequent breakthroughs, ” he said .

During an interview, Okoli told Southern City News that he was given N100, 000 as his share from the ransom collected from the entertainers.

“ My name is Sunday Okoli ; I am from Amokohia Ubi in the Owerri West LGA. I recently came back from Lagos and this is the first time I joined them to this operation .

The state Commissioner of Police , Dasuki Galandanchi, who confirmed the arrest , said that his command was committed to fighting crime in the state.