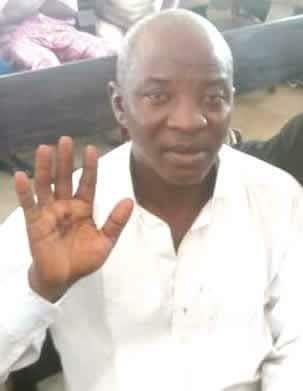 There was trouble at Umuneke Ngor Magistrate ’s Court in the Ngor Okpala Local Government Area of Imo State on Tuesday after policemen under the supervision of the Divisional Police Officer in the area allegedly invaded the court and beat up the Chief Magistrate , Ngozi Onyenemezu , for discharging three armed robbery suspects .

The defence counsel, Emma Eke and Chukwuemeka Anyanwu , were also allegedly beaten, arrested and bundled to the State Criminal Investigation and Intelligence Department in Owerri . They were arraigned before the Magistrate ’ s Court 1 in Owerri on Friday.

The Assistant Secretary of Owerri chapter of the Nigeria Bar Association , Chinedu Agu , told newsmen on the court premises on Friday that the magistrate and the lawyers were beaten and assaulted by the police .

He described the action as an impunity that needed to be checked.

He said three accused persons were arraigned before the Umuneke Ngor Magistrate ’ s Court on Monday where the counsel representing the accused persons, Eke and Anyanwu raised a preliminary objection on the grounds that the charge was defective and urged the court to strike it out and discharge the accused persons.

The court was said to have entertained arguments from the counsel and the prosecution and adjourned the matter till Thursday for ruling .

“ In his ruling, the court upheld the arguments of the counsel and struck out the charge. Immediately the ruling was delivered and while the court was still sitting, the police went berserk.

“ They shouted and rained vituperations on the magistrate and made to rearrest the accused persons. When the court wanted to call them to order , the policemen made for the magistrate like rabid dogs and the magistrate quickly took refuge in his chambers.

“ Some other lawyers and litigants scampered to safety when the police started shooting into the air .

Anyanwu in the process escaped the beating by the police and scurried into the Magistrate ’ s chambers.

“ The policemen, led by the DPO of that division , banged on the door of the magistrate ’ s chambers, accusing him of taking a bribe and threatening to break down the door if he didn’ t open it .

“ The DPO got hold of the accused persons and in the process of rearresting them, one escaped . He accused Eke of complicity in the escape of the other accused person .

“ It took the quick intervention of the Area Commander who arrived at the scene to rescue the magistrate , ” he said .

At the court on Friday, no fewer than 80 lawyers led by a former Commissioner for Justice and Attorney General in the state , Soronadi Njoku , announced appearances for the two lawyers who were arraigned by the police .

The presiding magistrate , ROC Nwoka, who granted the two lawyers bail on self recognisance , ordered the police to release a car belonging to one of the lawyers and make all records and documents available to the defendants for accelerated trial .

She adjourned the matter till July 30 .
The Owerri NBA Chairman, Damian Nosike, said the branch would pursue the matter until justice was served .

Nosike, who described the alleged assault as a blow to the legal profession , demanded that those who beat the magistrate and lawyers be expelled from the police and arraigned.

But the Police Public Relations Officer in the state, Andrew Enwerem , told our correspondent that policemen neither beat the magistrate nor invaded the court . He said that the two lawyers defending the armed robbery suspects attacked the policemen “ who were on a lawful duty. ”

He accused the lawyers of aiding the escape of two out of the three armed robbery suspects and vowed that the command would stop at nothing in making sure that they were prosecuted by the court .