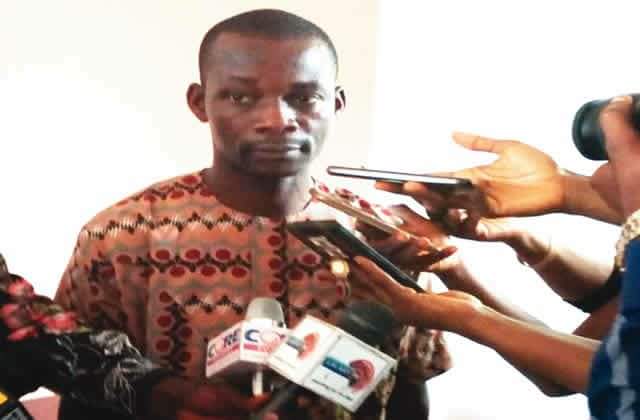 Operatives of the Imo State Police Command have arrested a pastor in the Assemblies of God Church in Owerri , Chukwuma Okezuo , for allegedly giving prophecies against the state Governor , Rochas Okorocha, during a church service .

The state Police Public Relations Officer , Mr. Andrew Enwerem , who paraded the cleric before newsmen on Tuesday , accused him of prophesying during last Sunday ’s church service in the Urratta area of Owerri .

The pastor was alleged to have said in his prophecy that the governor was recruiting young boys in the state with the sole aim of kidnapping children between zero and 10 years for ritual purposes .

The police spokesperson said the pastor prophesied that Governor Okorocha was allegedly engaging in the ritual exercises towards the 2019 governorship election in the state.

He added that the “false prophecy” was capable of causing rancour and panic in the state .

“ I parade before you one acclaimed pastor , Chukwuma Okezuo, of Assemblies of God Church .

He was arrested during a church service last Sunday at Owaelu Urratta over false prophecies against the person of the Governor of Imo State, Rochas Okorocha .

“ The suspect , while on the pulpit , made false prophecies against the governor that he was recruiting young boys to be kidnapping children between zero and 10 years for ritual purposes . He falsely prophesied that the governor was engaging in the ritual purposes with the sole aim of winning the 2019 governorship election and therefore asked the congregation to pray .

“ This false prophecy, by this acclaimed pastor , is very malicious and capable of causing rancour, panic , anxiety and disintegrating the state . The Imo State Police Command , under the leadership of Commissioner of Police , Mr Dasuki Galandanchi, will not watch the people jeopardise the peace of the state .

“ Religious leaders should be mindful of the things they say. We will charge the suspect to court for legal action ,” he said .

In an interview with Southern City News , the 40 -year-old pastor, who hails from the Mbaitoli Local Government Area of the state , said what the police accused him of was untrue .

He said that he only asked the congregation to pray against untimely death and spiritual manipulations without mentioning the name of anybody including that of the governor .