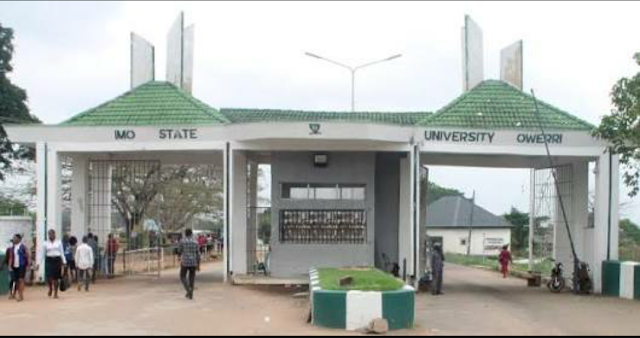 There were protests in Imo State University , Owerri , on Wednesday and Thursday as students of the varsity were chased out of examination halls over non payment of school fees .

The “no school fees no examination ” policy of the university is at variance with the claim of the state government which had maintained there is free education from primary to university level in the state.

The policy which the management of the university is implementing at the on going second semester examinations which started on Monday had denied many undergraduates the opportunity to do their exams .

An undergraduate, Kingsley Chukwu who was affected by the policy told our correspondent on the campus that security men were at the entrance of every examination hall to restrict students who had no proof of payment of school fees from going inside the examination halls .

He said that students who smartly entered the examination halls were dragged out by the security operatives who said that they were acting based on an instruction from above .

Chukwu, a student of the faculty of social science , said, “ Security men are positioned at the entry point of every examination hall. You must show proof of payment of school fees before you are allowed to go in. It is called ‘ operation show school fees payment teller or you leave . ’ This is very surprising to all of us because the governor told us that there is free education from primary to university level in Imo State. ”

Another undergraduate who refused to disclose his name, said , “Please tell the governor to keep his total free education promise to Imo indigenes studying here in IMSU .

“ Can you believe it that today, most of us who have not paid due to the harsh economy in the country were chased away and barred from doing our exams . ”

He said that many undergraduates including final year students were not allowed to do their exams which is the last semester of their academic programme .

He explained that the danger was that the final year students who missed the exams would have to spend at least an extra year in the school because of spillover courses.

The IMSU Public Relations Officer , Obi Njoku , who confirmed the development said that while non indigenes were being chased out of examination halls for non payment of school fees , students who are indigenes of the state were barred from taking their exams for non payment of what he called “ ancillary fees .