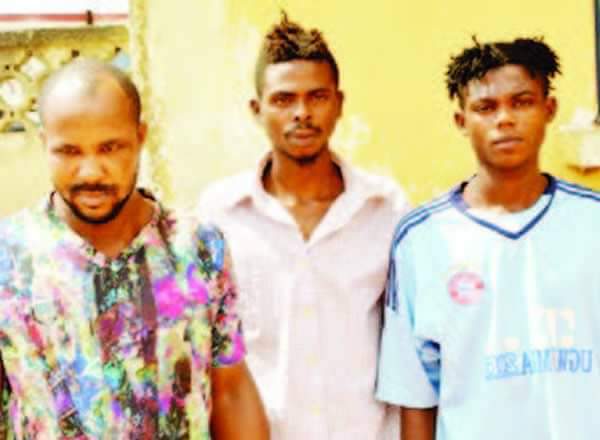 The command also recovered two pistols, an axe and three live cartridges from the suspects .

The state Commissioner of Police , Mr Dasuki Galandanchi, told newsmen in Owerri that the suspects were arrested following diligent investigation.

The police commissioner said the suspects had confessed to the crime and would be charged to the court .

Galandanchi said , “ The armed robbery suspects led by Victor Igboanusi from Umuopara Ihu village in Isiala Mbano Local Government Area stormed the quarters of Ibeh Wenceslaus and robbed them of their valuables. The suspects were nabbed and two locally made pistols, one short axe and three live cartridges were recovered as exhibits from them.”

The police boss said the breakthrough was made possible through the community policing strategy of the command .

“ This is the era of community policing . Here in Imo State, we are passionate and committed to it . This is the philosophy of the Inspector-General of Police , Mr. Ibrahim Idris .