The Deputy Speaker, Ugonna Ozuruigbo, who moved the motion that the impeachment process be served on the embattled deputy governor, accused him, among other things, of abandoning his duties and office as the state’s number two citizen for a long time.

The lawmaker representing Oru West LGA, Donatus Onuigwe, who opposed the impeachment proceedings, was suspended by the Speaker immediately.

The plenary, which is tension-soaked, is currently ongoing.

Armed security men had barricaded the entry and exit points of the complex.

The lawmakers also accused Madumere of:

–Refusal to hold meetings with the governor and commissioners

–Imprisonment for theft in the USA.

The Speaker, Acho Ihim, said that the petition met and surpassed the required one-third as provided for in Section 188 (2) 11 of the 1999 Constitution as amended.

The Assembly is made up of 27 members, but four members who were sympathetic to Madumere were, penultimate weekend, suspended for “unpaliamentary conduct,” paving way for the impeachment proceedings against the deputy governor.

A six-man committee headed by member, representing Obowo LGA, Kennedy Ibe, was set up to probe the allegations and report back to the House within seven days.

Madumere recently fell out with Rochas Okorocha over his succession plans.

While Okorocha wants his chief of Staff and Son-in-law, Uche Nwosu to succeed him, Madumere is laying claims to the governorship position, thereby causing problems between them.

Okorocha had impeached his first Deputy Governor, Jude Ejiogu in his first tenure, replacing him with Madumere who has been his friend for more than 25 years. 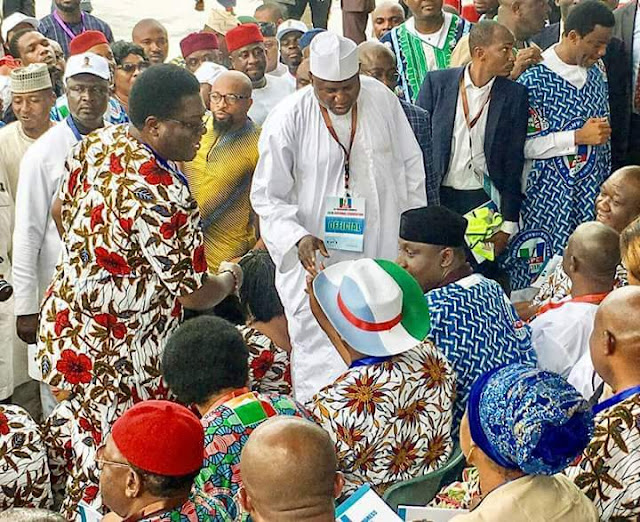