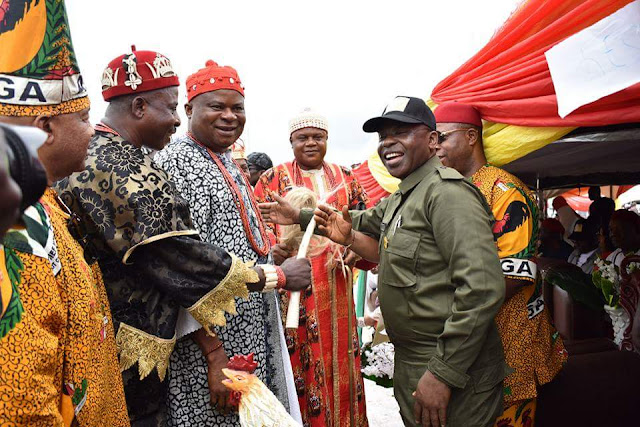 A former governor of Imo State , Ikedi Ohakim , said on Friday that if he returned to office as the governor he would ensure that Governor Rochas Okorocha “refunds every kobo he appropriated from the state treasury . ”

Ohakim , who was governor of the state between 2007 and 2011, spoke in Owerri , the state capital, when he declared his intention to contest the governorship of the state on the platform of the All Progressives Grand Alliance .

Addressing his supporters , the ex-governor said , “I am the only former governor of the state that is still electable and who has the capacity to fix Imo .

“I handed over N 26 .6 bn to Rochas Okorocha in 2011. If I am re - elected in 2019 , I will use all democratic means to make sure that Imo fund is recovered . I will retrieve Imo Eastern Palm University and make it the Orlu campus of the Imo State University .

“Okorocha has turned Imo to a monarchical place where a father -in -law wants to handover to his son -in -law . I know what was where in Government House in 2011. I have the experience to repair Imo .

“No matter what it takes, I shall bring back Eke - Ukwu Owerri if I become governor in 2019 . I will bring back tricycles in Owerri . I have sworn to an affidavit of assurance to Imo people and I shall use the last drop of my blood to serve Imo people .”

Ohakim stated that Nigeria must restructure in order to move the country forward , adding that APGA was the identity of Ndigbo .