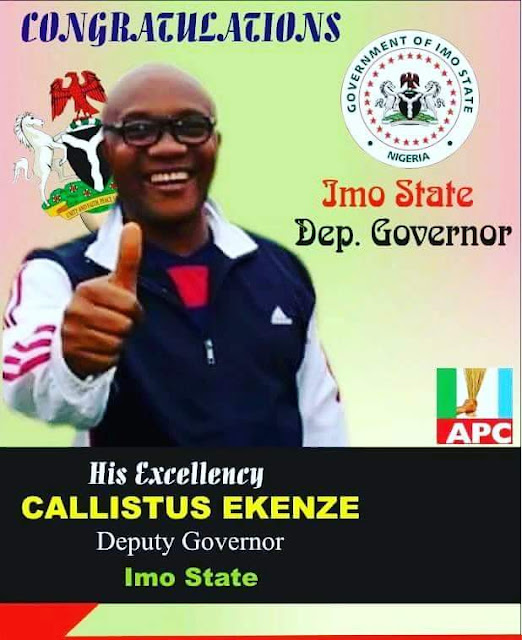 Governor Rochas Okorocha has nominated the head of service , Callistus Ekenze, as his new deputy.

The majority leader of the House , Lugard Osuji, who moved the motion for Madumere ’s impeachment, confirmed the development to our correspondent Monday evening .

The majority leader said , “ The House has received a nomination letter from the governor for the replacement of the impeached deputy governor .

“The head of service , Callistus Ekenze , was nominated by the governor .

“His nomination has been cleared by the House unanimously . We are only waiting for his swearing- in ceremony .”

Osuji denied the allegation that the lawmakers received N 5m each from the governor to impeach his former deputy, Eze Madumere .

He said , “There was no financial or material inducement, to the best of my knowledge .

“We only carried out our constitutional responsibility .

“It is an insult to say that lawmakers were given N5 m to impeach the former deputy governor .”

Osuji also debunked the speculation that he was promised the position of the Speaker in order to move the motion which led to Madumere ’s impeachment.