Menu
Home » News » I Must Recover All Lost Kobo Belonging To The State, Ohakim Assures Imolites

I Must Recover All Lost Kobo Belonging To The State, Ohakim Assures Imolites 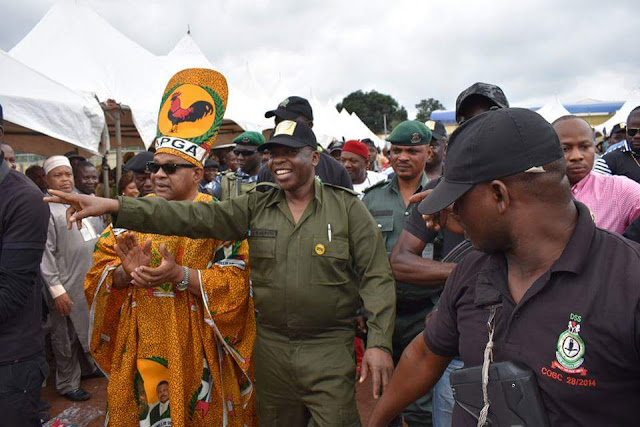 The immediate past Governor of Imo State, Chief Ikedi Ohakim has vowed to recover every dime kobo erroneously spent by his successor, Rochas Okorocha.
Ohakim made this solemn promise earlier today, at the Kanu Sports Center Owerri, during his official declaration for Imo Governorship race,  under the All Progressive Grand Alliance, APGA.
Expressing optimism that he would be reelected into the seat of power in Imo State by 2019, Ohakim assures the citizens not to be peturbed by the "financial rascality" of the present administration.
He said, "I have already made a solemn promise in my affidavit of Assurance to recover every dime kobo spent by this administration. I will also make sure that those whose lands were taken away by force be returned back to them."
He reiterated that having left over #26.6billion for his successor, he would endeavor that all expenses, and penny spent by the present government are accounted for.
He added, "Only if Ndi Imo know that the income of Imo State from 2019 to 2023 has even been consumed upfront, they wouldn't allow a 'houseboy' to succeed his father in-law.  I will sacrifice the last drop of my blood in serving Imo State out of this abominable state that it has been subjected to."
#IFEANYICYMEDIA #IFEANYICYBLOG #EVENTCOVERAGE #EVENTPLANNING #EVENTMANAGEMENT © IFEANYICY.COM