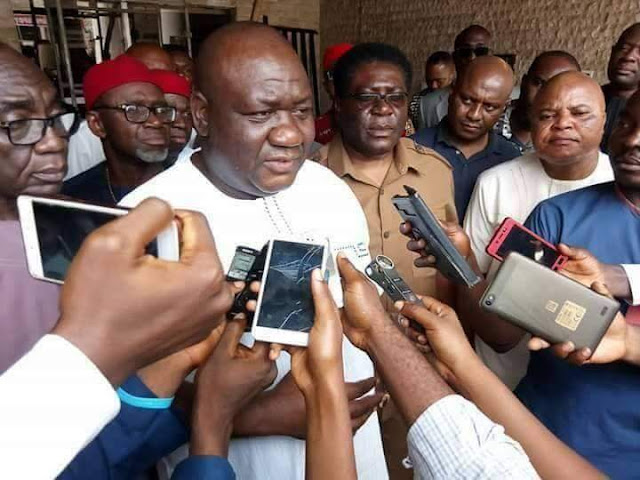 The Federal High Court Abuja, Monday ordered the Independent National Electoral Commission, (INEC), the All Progressives Congress, (APC) and the National Chairman, APC, not to conduct any congress in Imo until Aug. 21.

Raji had asked the court to order that all parties be restrained from conducting any primaries in the state, ward or local government until the next adjourned date of the suit.

He said that if such an order was not made and the defendants went ahead to conduct the primaries before the next adjourned date, the suit would become an academic exercise.

Raji told the court that although the defendants were duly served with an order of court stopping them from conducting congresses on July 20, they went ahead to conduct the congresses.

The senior lawyer argued that consequently, on July 23, the plaintiffs filed a motion ex parte praying the court to set aside the purported congresses.

He said they further asked the court for an order of injunction restraining APC and its chairman from recognising and swearing in those purportedly elected at the congresses.

“The court, however in its wisdom refused to grant this order and ordered us to put them on notice, and we did and duly served all processes on them but there has been no response from them.’’

Responding, counsel to the defendants, Mr Oladipo Okpeseyi , (SAN) told the court that he had just been briefed about the matter.

According to Okpeseyi, all I could achieve as at today is to file a memorandum of conditional appearance.

Okpeseyi alluded to the fact that his clients had been unable to file the proper responses owing to the “political maneuvering” they had recently been faced with including the mass defection from the party.

“The executive members of the party have not been around so the best we could do is to file a memorandum of conditional appearance.

“We want to crave the indulgence of the court to give us more time within which to file our processes.’’

He prayed the court for an adjournment to enable him file the necessary processes.

The plaintiff’s counsel, however, disagreed with Okpeseyi’s reason for his inability to file his processes saying such reasons were not permissible in law.

According to him, this unusual and unheard-of oral application of the defendant has no basis and should be rejected because the alleged defection he alluded to happened after they were served with processes.

Justice Quadri in a short ruling, ordered all parties in the suit to maintain status quo and not conduct any primaries until the next adjourned date.

‘’All parties are restrained from conducting any primaries in the state, ward or local government until Aug. 21.’’

In the originating summons, the plaintiffs have formulated four questions for the court to determine.

One of which is that having regard to an appeal pending before the Court of Appeal in Owerri, whether INEC has the power to monitor the state, ward and local government congresses of the APC of July 20.

“Whether the APC and its chairman have the powers to lawfully schedule or conduct the state, ward and local government primaries in the state without 21 days’ notice given to INEC in line with mandatory provisions of Section 85 (1) of the Electoral Act, 2010.’’

Consequently, the plaintiffs are asking for the following reliefs;“ A declaration that having regard to the appeal pending before the Court of Appeal in Owerri, INEC has no power to monitor state, ward and local government congresses of the APC of July 20.

“A declaration that the state, ward and local government congresses of the APC purportedly scheduled to hold in Imo on July 20 is illegal, unlawful, null and void and a gross abuse of court process.

“An order of injunction restraining INEC from monitoring state, ward and local government congresses of the APC purportedly scheduled to hold in Imo on July 20.

“An order nullifying or setting aside the state, ward and local government congresses of the APC scheduled to hold or which held in Imo on July 20.
Posted by IfeanyiCy Njoku
Labels: News