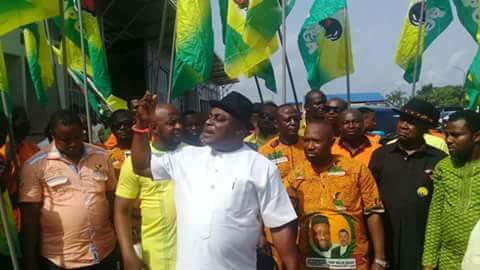 THE legal tussle between Chief Martin Agbaso and Chief Victor Oye over the national chairmanship of the All Progressives Grand Alliance is today decided by the Supreme Court, as the judgement Favours Chief Victor Oye.

The battle for the control of the party was triggered after an Enugu High Court judge on May 22, 2017 gave an order of mandamus compelling the Independent National Electoral Commission, police and other authorities to recognise Chief Agbaso as the national chairman of the party.

The order followed a motion brought by Mike Alioke, the party’s deputy chairman in Enugu State for INEC to recognise a previous resolution by party stakeholders to appoint Agbaso as acting national chairman in the face of what was claimed as vacancies in the office.

Alioke had pleaded that the order was necessary on the police in order to avoid a breakdown of law and order in the party.

The order was vigorously contested by Oye at the Court of Appeal, Enugu which reversed the order granted Agbaso.

Dissatisfied with the outcome of the appeal, Agbaso had approached the Supreme Court where through his lawyer, Paul Erokoro (SAN),he argued that Oye who got the appeal judgment was not part of the matter at the lower court and as such, should not benefit from the judgment without first seeking the leave of the court to appeal the matter.

Agbaso had argued that Oye did not meet constitutional provisions that required “the appellant at the lower court was not a party to the matter at the trial court. That being the case, coming to appeal as an interested party requires him first to seek and obtain leave of court before appealing,” Agbaso’s counsel argued. 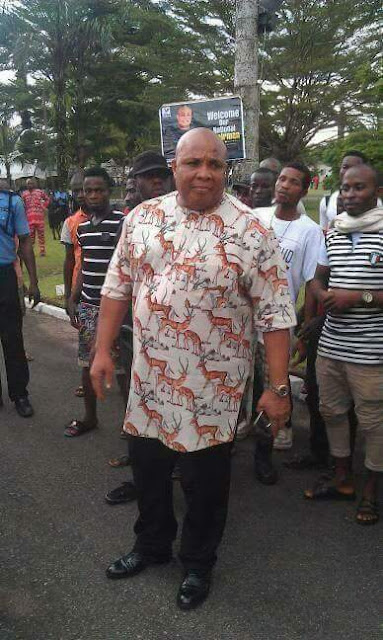 He only obtains the leave after he had filed the case At the appeal court.

“It is on the basis of not meeting the constitutional requirement. The counsel impliedly abandoned the relief seeking for a deeming Order and the Court in its ruling did not also grant the order, since it was abandoned. The ruling of the lower court did not put into consideration he provision of the law that leave must first be sought and obtained before appealing as an interested party”, Agbaso’s counsel argued, citing a judgement in a similar case, case, Ani Vs Oni, to back his submission.

The arguments were, however, dismissed as an academic exercise by Oye counsel.

Following the hearings, the presiding Supreme Court jurist ruled that judgment on the matter would be given on July 13.