IMSU Girl Cut Off Man's Manhood After All Night Sex In Owerri. 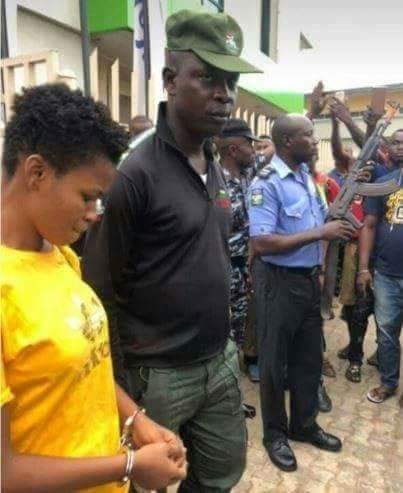 This is really awkward. There was confusion in Owerri, Imo state capital after a lady was arrested for trying to cut off the penis of a man after sex. According to reports, the incident happened, yesterday, around Douglass road, Owerri.
Amb Ahanotu Chimeremeze Uzondu, a journalist with NTA who witnessed the scene, narrated what happened. He wrote;
“Just this morning, I dash it fidelity bank Douglass for transaction, only to see a girl breathing and panting.I asked what happened, I was told by an eyewitness that the girl chopped off a guys manhood. Then I pressed further to get d real story which was accounted as.The girl called the victim late in the evening on Thursday, that she wants him around her. The guy asked her to come, she requested the guy to come and pick her up in her hostel at IMSU.
The guy went and picked her. After they have done all and had sex, around 4a.m this morning, the girl took knife to cut off the manhood, but the manhood did not fall out complete, before d guy woke up and raised alarm. 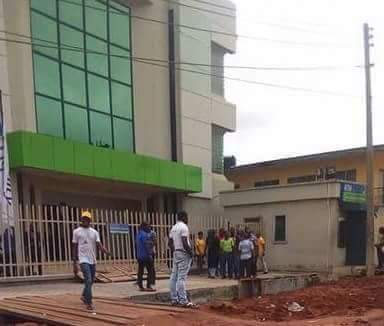 The brothers came out and held the girl, anid rushed the guy to hospital, after sewing the manhood and other medical logistics, the bill got to N300k plus. They asker the girl to pay, she accepted, and took them to fidelity bank to make withdrawal.When they got to the bank, the girl refused withdrawing, that has raised the curiosity of men around to know what was going on.
The girl, when asked of her own account of the story, accepted the foretold to be true.But insisted they agreed on N6k payment for the night, and after the deal the guy told her to wait till morning breaks. That she became angry and devil took over her and made her to cut the manhood.
Just in a twinkle of an eye, the whole bank environment was crowded by youths asking the bank to release the girl that she must be lynched but the bank security resisted the idea and called in the police to pick her up.
The girl, when asked if she is a student of IMSU, she accepted that she is in final year, but refused to tell her name and department in the said university.”