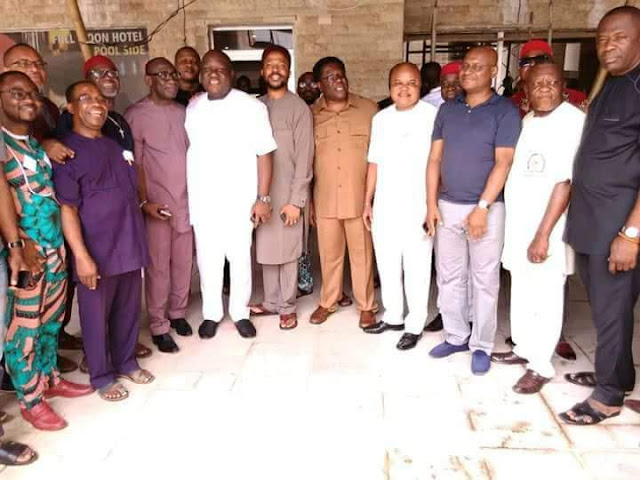 Governor Rochas Okorocha has described the not-more-than ten people that have Constituted themselves into a Staggering group called Stakeholders, as Cowards, who are afraid of going to the field to test their popularity, stating that they cannot make any demand from Imo people when it comes to voting.

Governor Okorocha spoke on Saturday, May 19, 2018 while on inspection of some key projects at Okigwe, adding that there interest is the treasury of the State which they have been starved of, for almost eight years now and advised Imo people not to be deceived by the antics of these people.

He added “I think they’re very good at propaganda and again they talk all kinds of things just to deceive the people but the fact is that they should stop deceiving the people. They’re only asking for relevance and they will not get that relevance through this method”.

The governor said “What you have is a group of people dramatizing polities and they’re not going far with it. We just allowed them to keep perambulating about, because that is the nature of their political style, which they are bringing from PDP into our party, which we have built when they were not there. All of a sudden they found a very beautiful party and they want to mess it up. This is their style of politics but let me tell you, they can’t go far with it”. 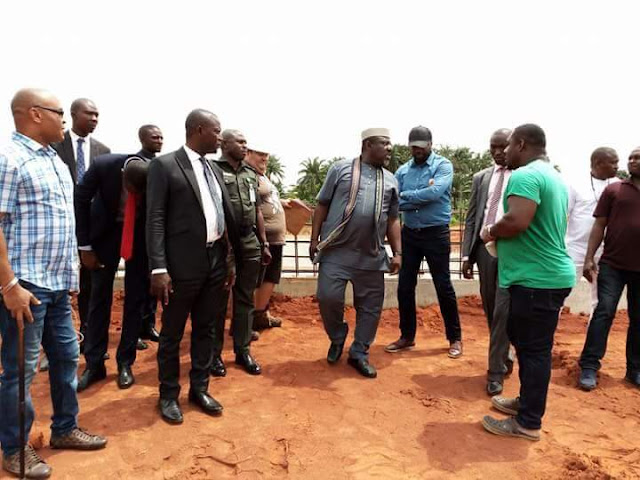 The governor remarked “If they come to me and say listen, we want to join this party and we want to be loyal members of the party, this is our interest, then we can discuss it. But thinking that they can come through the window into a house built in years cannot work and this is just a mere deceit. These people we are talking about May not produce 500 people in Imo State. They just go to Abuja and come back and tell all kinds of stories to convince or confuse the people that they now have a structure”.

He said “These peaceful legacies that we have established, the free education that’s going on, infrastructural development and what have you. The peace, the security in Imo State which have never happened in the past will not be allowed to erode in the hands of these people. Imolites will tell them whom they are when the time comes”.

He Continued “For Congress, there has never been any Congress in Imo State. What the party did was to avoid any crisis arising from this their behaviour and to get a Court injunction stopping them and the case comes up on the 22nd of this month. That will determine whether there will be any Congress. But we have to do the Ward Congress. We can’t have a State if there’s no LG Congress”.

The governor Continued “I challenge them on their popularity and if they know they’re popular they should come to the wards so that people can vote them. But theirs is act of cowardice and I think they’re political cowards who can’t stand the people and do the right thing, 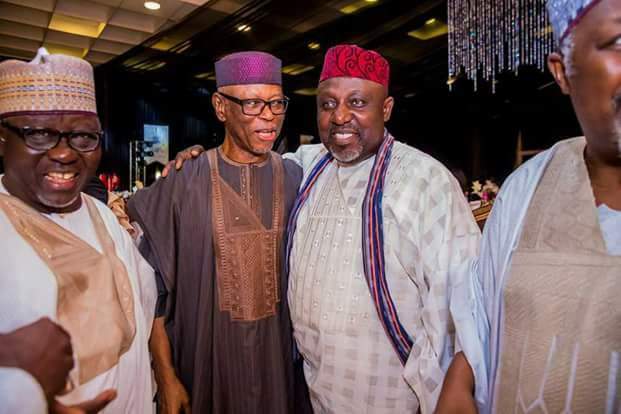 “What makes them think they’re powerful is because I stopped the tenure elongation and for these, at the national Working Committee, especially the Chairman himself, the National Organizing Secretary and I think about four people there, they want to take their bound of flesh to make sure they stop us in Imo State”, he stated.