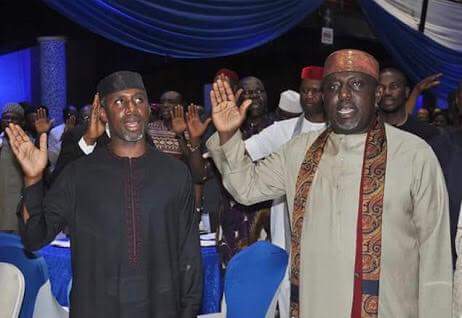 Less than 24 hours to the scheduled All Progressives Congress (APC) state congress in Imo, a Federal High Court in Owerri has issued a court injunction stopping anyone from participating in the state congress in Imo, pending the determination of a suit filed by Barr. Mbagwu Augustine and four others against the APC and 10 others. The order was served on the APC late Friday. 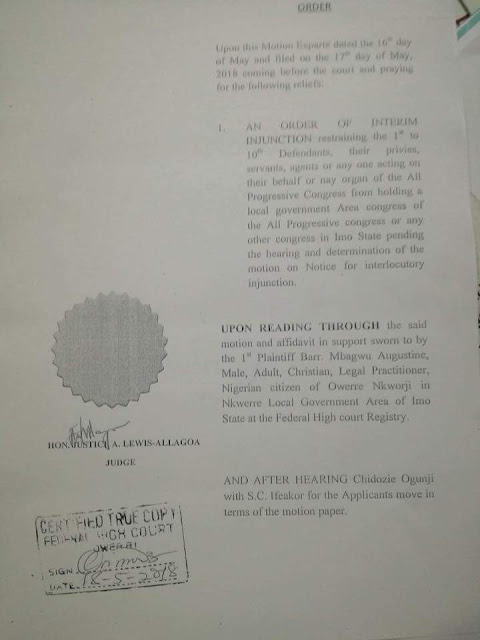 In the Motion Exparte filed on Thursday, the plaintiffs sought “an order of interim injunction restraining the 1st to 10th Defendants, their privies, servants, agents or any one acting on their behalf or any organ of the AlI Progressives Congress from holding a local government area congress of the All Progressives Congress or any other congress in Imo State pending the hearing and determination of the motion on notice for interlocutory injunction”. 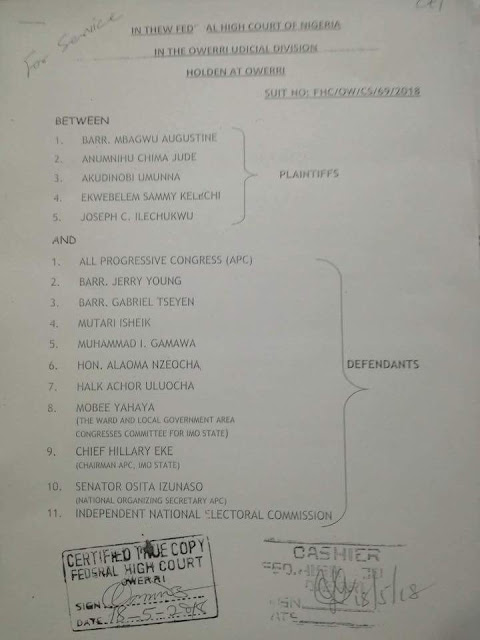 The court, presided over by Justice A. Lewis Allagoa ordered that, “the respondents are hereby ordered to appear in court on the next adjourned date to show cause why the order should not be granted; 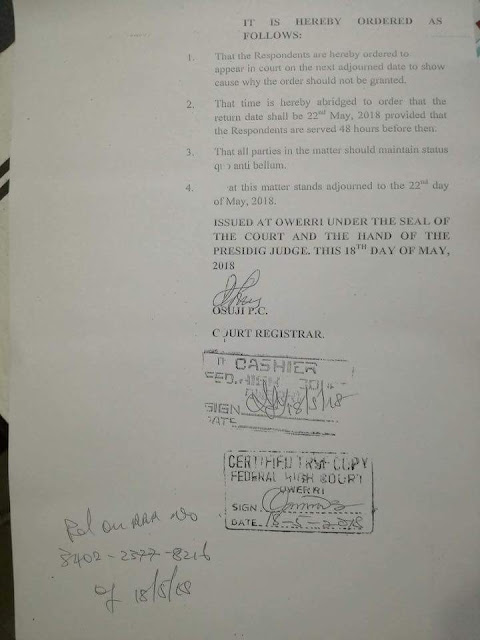 “That time is hereby abridged to order that the returned date shall be 22nd May, 2018, provided that the respondents are served 48 hours before then; that all parties in the matter should maintain status quo ante bellum; that the matter stands adjourned to the 22nd day of May, 2018”. 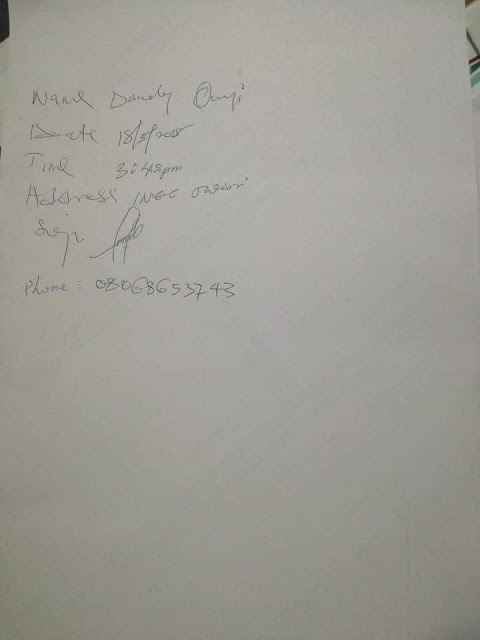 The APC faction led by the Imo state Governor Rochas Okorocha has approached the court seeking interim court injunction to stop the state congress earlier scheduled for tomorrow until issues surrounding the ward and LG congress are resolved.

Gov. Rochas Okorocha has been having a running battle with some stakeholders of the party in the state regarding the wards and local government congresses. The nationwide state congress of the party is slated for Saturday. 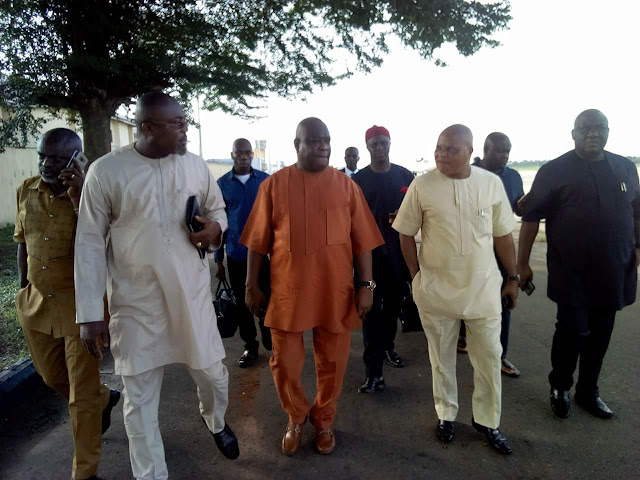 However, the Other APC faction under the umbrella of Imo APC coalition group says Okorocha faction is acting on its own as no court has served them any notice of any injunction stopping the Congress insisting that the Congress will still go on as scheduled by the National working committee of the party.