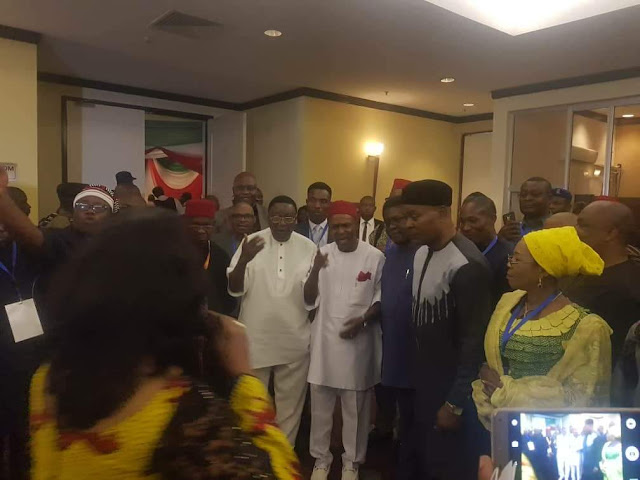 The South East caucus of the All Progressives Congress APC Thursday, endorsed the retention of the national officers representing the zone in the National Working Committee NWC.

This came as the Imo State governor, Rochas Okorocha, represented by Hon. Raphael Igbokwe challenged the endorsement, saying that the positions zoned to the South East would be contested.

Speaking to journalists Thursday night after the meeting, former governor of Abia State and chieftain of APC, Dr. Orji Uzor Kalu said, “We had a very successful and fruitful meeting and have decided to endorse by affirmation from all the states, the return, through democratic means, of the three members of the national officers. 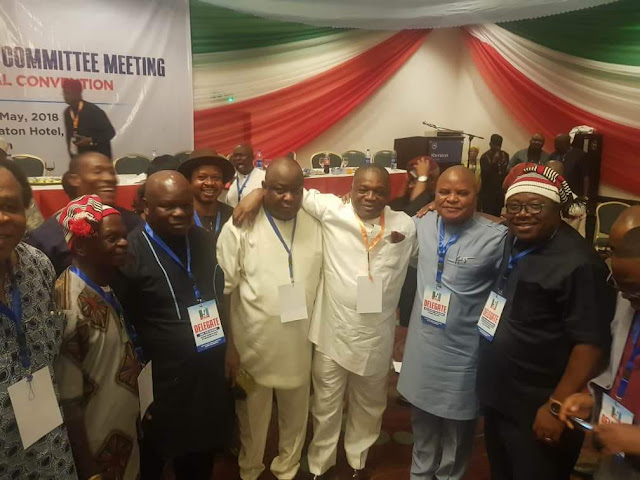 “We have equally secured the support of the National Convention Committee chairman who is also the governor of Jigawa state.

“We have told him that they are our candidates and we did it through democratic arrangements. Few people might be very unsatisfied but in democracy, the majority about 93 per cent of the stakeholders in the hall endorsed the arrangement.

On how they stakeholders intend to reconcile the aggrieved ones, the former Abia governor said: “Certainly, not everybody will agree. I remember when I contested as governor, not everybody voted for me. But I told you over 93 per cent of the stakeholders here endorsed the arrangement.”

He equally spoke on the crisis rocking the party in the south east, stressing that; “There must be misunderstanding in every setting but all I am assuring you is that they will all be resolved.” 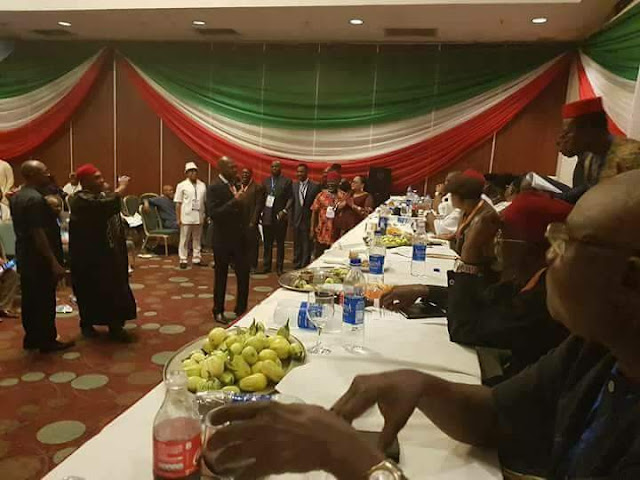 Also reacting to the outcome of the meeting, the Minster of Science and Technology, Dr. Ogbonnaya Onu said, “In this meeting, all those who have held important positions in politics, from the South East were in attendance – former speaker, House of Representatives; former Senate President and former governors, members of the leadership of the party.

“Though the governor of Imo state cannot make it but the Imo State Speaker House of Assembly is here. So, as you can see, you can see distinguished Senator Jim Nwobodo, and we have former Gov. Martins Elechi, Senator Araraume here.

“We are all working together to continue to lift the country as one Nigeria and there will be a massive improvement for the region and the country at large. We commend those who have come here to make the zone greater.”

However, Governor Okorocha, speaking through his representatives alleged that all the 24 members of Imo state House of Assembly were shut out of the meeting, saying the chairman of convention has been urged to allow level playing ground for the contest of the position of National Organising Secretary which has been zoned to Imo state. 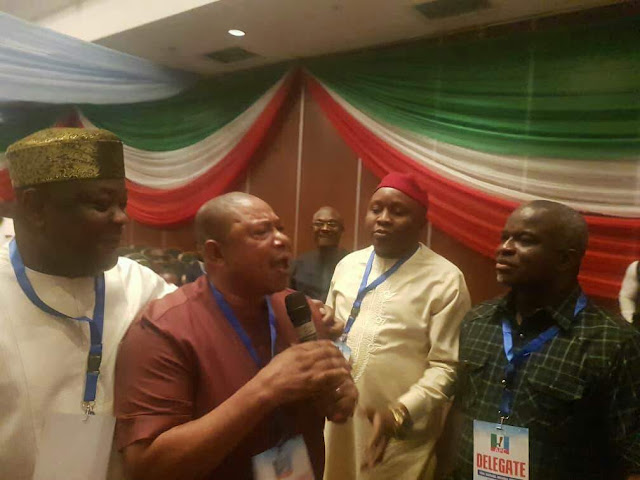 According to him, Emma Ibejiro has been penciled down to contest the position of the National Organizing Secretary at the Convention.

The APC National Vice Chairman, South East, Emma Enukwu who chaired the meeting stated that the attendance of the meeting was strictly on the party’s constitution.

He said that the Ministers were not part of the Executive Committee Meeting of the zone but they were admitted as observers.

Enukwu speaking stated that the essence of the meeting was for the zone to speak in one voice at National Convention of the party.

He told Executive Committee members that the remarks that Igbo people don’t agree on issues was not a good one. According to him, for the Igbos to assume the position of the Presidency in the country they must speak in one voice.

Enukwu also sad that the issue of the South East Presidency in 2023 should be of concern to everybody, just as he said that the Igbo Presidency would bring about the expected development in Nigeria.