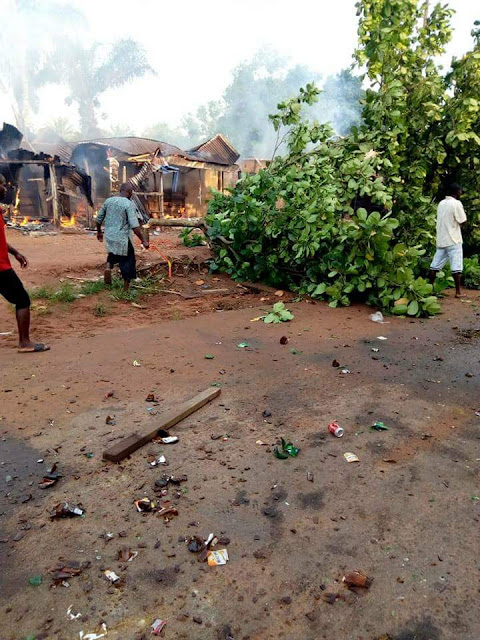 Pandemonium is said to have broken loose in a once peaceful rural community of Egbuoma in Oguta LGA as irate youths numbering in their thousands, Tuesday morning went on violent protest, rampaging and destroying houses and inflicting injuries on anyone suspected to be connected to the assassination of their fellow comrade, Mr. Okwudiri.

An eye witness account revealed that the deceased, Late Mr. Okwudiri from Omadi village in Egbuoma Community had a strained relationship with members of his extended family over land issues and matter was already in court awaiting hearing.

Events have taken a violent turn however, on Sunday evening when some hoodlums, believed to be hired assassins invaded Okwudiri's residence. To make their job easier, the hoodlums according to eye-witness were said to have disconnected the electricity supply from generator set of Okwudiri  which attracted his immediate attention outside the house where he was fallen by the assassin's bullets.

Moments later, Mr. Okwudiri would be struggling for his life at local hospital nearby. He had bullet wounds in the waist. There was outpouring of sympathy for the injured. Many youths of the village were said to have donated several pints of blood. When the situation overwhelmed the medical team at the local hospital, Mr. Okwudiri was said to have been transferred to Our Lady of Lordes Hospital Ihiala, Anambra State; and after being placed under intensive care was pronounced dead in the early hours of Tuesday, May 22, 2018.

News of the violent death of Mr. Okwudiri had gone viral and irate youths of the community were extremely berserk and inconsolable. They did not waste time in mobilizing themselves and maneuvering violence over those they suspected as having hands in the conspiracy that led to the waterloo of their fellow kinsman.

As at the time of filing this report, over 18 houses seem to have been raised down in the senseless mayhem 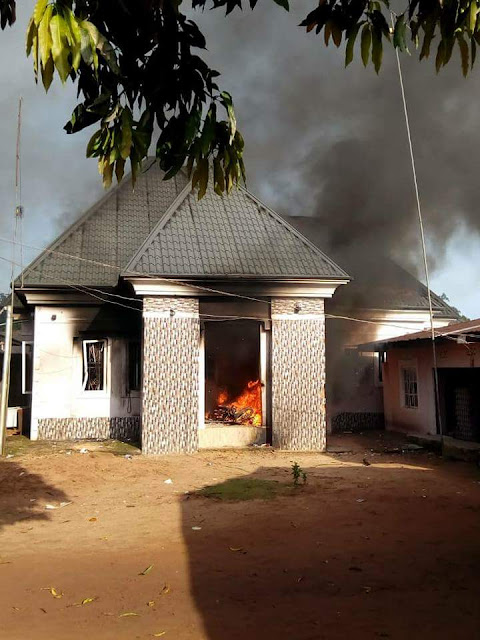 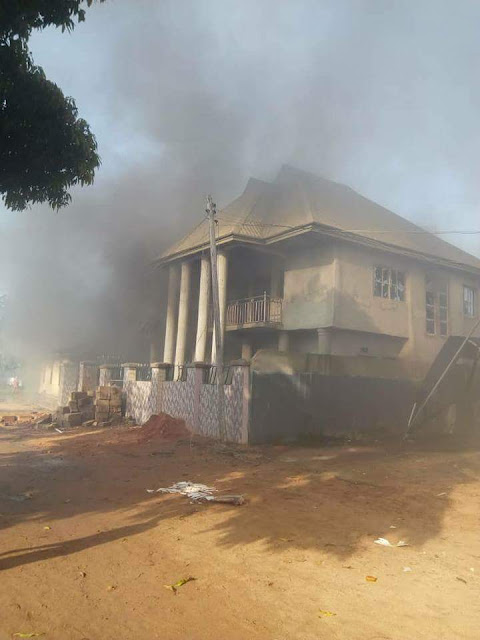 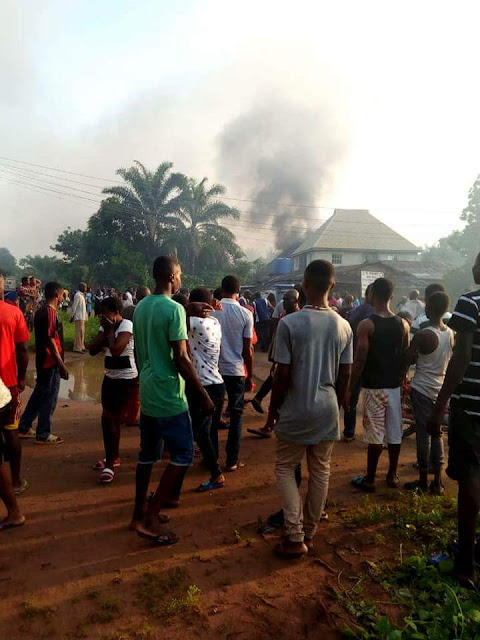