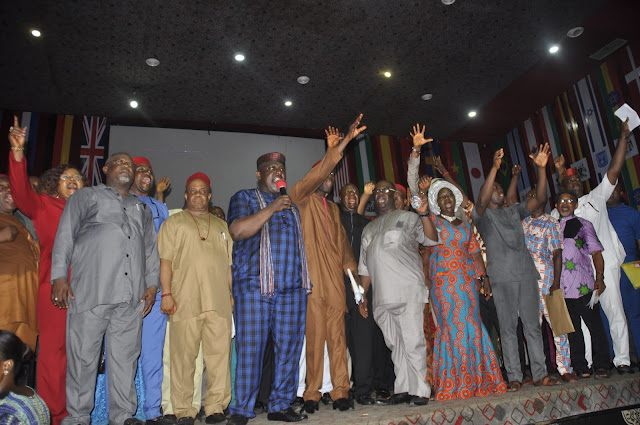 Governor Rochas Okorocha has said that the members and leaders of All Progressives Congress, APC, in Imo is not aware that Senator Hope Uzodinma has joined the party, stating that the party in the State heard about the rumour of his entry into the party just like any other Nigerian.

Governor Okorocha spoke in a meeting with State, local government and ward executives of the party, and leaders of the party in the State including National Assembly members of APC extraction and House of Assembly members, at Imo International Convention Centre (IICC), Owerri on Monday, April 30, 2018, adding that there are laid down rules or procedures spelt out in the constitution of the party, those who want to join the party must follow. 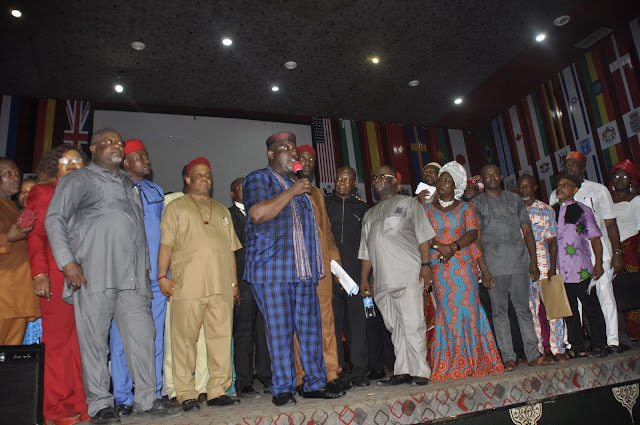 He said, “It is insulting on the Party in the State for someone to be talking about joining the party from Abuja. The procedure is that you start from your ward to your Local Government and then the State, and the state will inform the Party at the national level that you are now a member. The reverse cannot be the case”.

He added “when I joined the merger that gave birth to APC, nobody was with me except the drivers, artisans, market women, and low class politicians. None of the big names in Imo Politics identified with us. Rather they told our people that we were working with Muhammadu Buhari to Islamize the state and Igboland,

“They called me Alhaji in Government House. They called me Okoro-Hausa. They attacked us, harassed us, intimidated us, humiliated us with security agents under the Goodluck Jonathan’s presidency. They never believed there could be tomorrow. Today, they want to all join the same Party through the back door.” he added

He continued, “Honestly my brothers and sisters if not for the grace of God there is no way we would have gathered like this today. Those who had attacked and insulted us are looking for ways to join APC. Those that fought us ruthlessly during the elections, shooting us and carrying ballot boxes because of federal might are now the ones joining APC. Some are coming from Abuja. Some from London and others from American”.

He said “unless you join APC from the right source, we will not welcome you to APC in Imo State. No one should join APC from the window. The worker deserves his wages and where you have worked is where you will be paid from. Now, I have to tell you people all that concerns our Party, how and where we have to strategize to win the 2019 election. Let me remind you all that this journey didn’t start today.”

According to him “the worst thing that APC suffered was carrying the campaign into the Church circles where I suffered untold humiliation from one Church to the order to prove my genuineness as a Christian. I told my Igbo brothers to please vote Buhari into Presidency in 2015. That, whether they voted Buhari or not, he will become Nigeria’s President and it happened.”