I WILL CREATE A STATE ID IF ELECTED GOVERNOR - DR. STEVE UWAZIE. 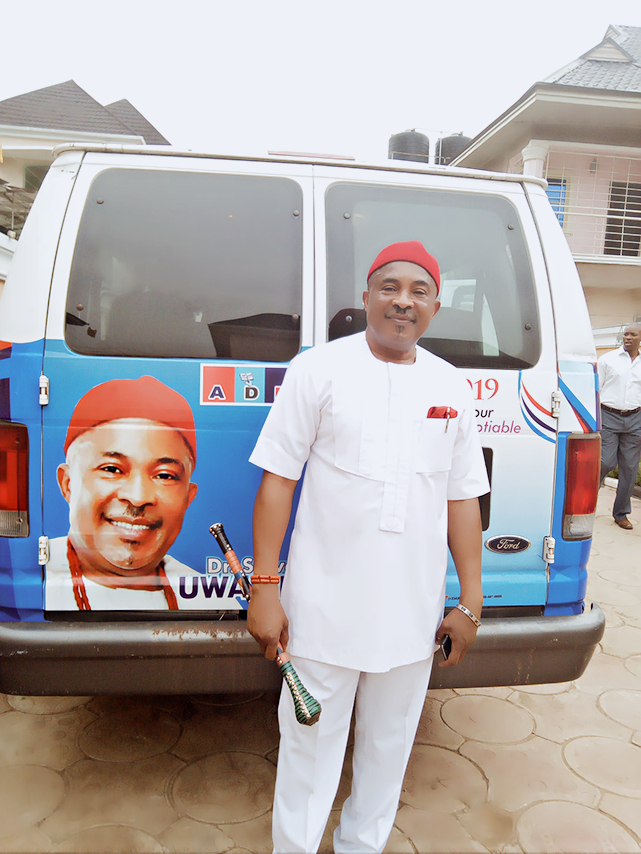 A gubernatorial aspirant with the Action Democratic Party(ADP), Dr. Steve Uwazie has resolved to create a state ID if he is elected as Governor of Imo State come 2019.

Dr Uwazie made this statement while interacting with media personnels in his hometown, Uwazie memorial estate, Orikama, Umuokirika, Ahiazu Mbaise LGA of Imo State, said as a trained computer scientist, with data, one can plan and do a lot of things including managing crime, payment of pension, retirement benefits etc.

He said the Imo State he is dreaming about is one that will acomodate everybody. He said he will strengthen up the House Of Assembly to bring out enabling laws.

He also said that Imo needs to be a state that is skill based and we need to bring in skill based education like computer engineering etc.

He also stressed on the need to have a quality and world class general hospital in the state where adequate health care will be given to Imolites and also whereby those outside the state can patronise instead of going to other states.

He called on those resident outsidey the state to come back and help rebuild the state and also help to bring credible leaders that will govern the state.
Posted by Unknown
Labels: News, Politics