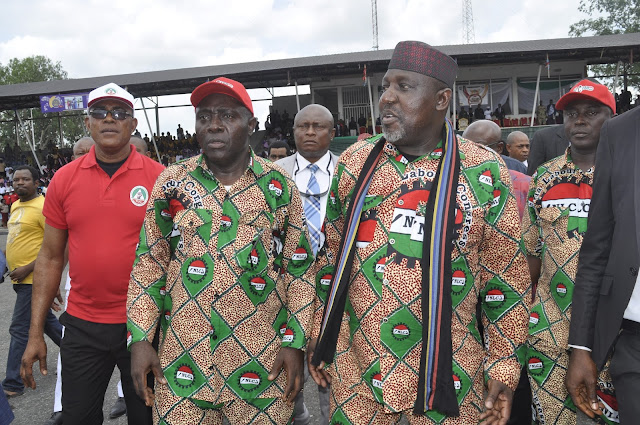 Governor Rochas Okorocha has announced automatic promotion for all categories of workers in the State workforce from their present grades to the next grades, Stating that before the end of his tenure another round of promotion will take place.
Governor Okorocha spoke at the Workers’ Day Celebration on Tuesday, May 1, 2018, at the Heroes Square, adding too that whatever new Salary Structure the Federal Government would settle for workers, the State government would not be found wanting.
His words “This is your day, and we’re gathered here to celebrate you. We’re gathered here for the admiration of exalted character of patriotic emotion. We’re here gathered for the demonstration of the love for your State and your country. Let me join therefore millions of Nigerians to congratulate you and the workers of Imo State”.
He Continued “You are the pivot upon which all the activities of government rotates. I want to inform you that without you, all activities of government would be shutdown so, you play a very key role unknown to you that you’re the live wire of every administration”. 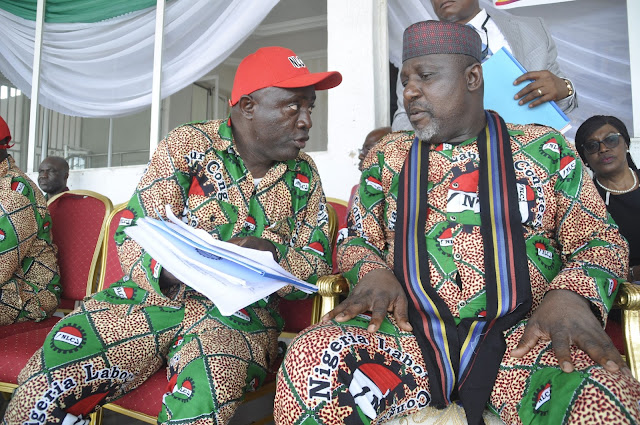 He added “We, coming as politicians will spend 4 years or 8 years, but you the workers stay put. That shows that you’re the very foundation upon which the activities of government are built”.
The governor stated “Here in Imo State, we thank God Almighty. I’ve been with you for the past 7 years. We saw the difficult times of this Country. I was with you when the economy of this nation went on recession. We were together when we had challenges before us, challenges of kidnap and insecurity in our land. We were together in all the troubles that came during this period”.
He further stated “But one thing I want to leave with you and I hope you have to know is that there’s need to have a government that will focus more on those ideals for which rescue mission administration is known for. I want to request the workers of Imo State, to make sure that you shine your eyes to choose the candidate that will replace me and make sure you do not go back to Egypt”.
The governor also asked the workers to make sure they have their PVCs.
Chairman of the State branch of the Nigeria Labour Congress, NLC, Comrade Austin Chilakpu in his Speech urged Imo workers and Imo people in general to obtain their Permanent Voters Cards (PVCs) as that is the only instrument that would give them a voice in the choice of who leads the State in 2019.
He said “We wish to also commend the State Government for the sustenance of the free education policy. This policy has been a land mark policy as it has given Imo children the opportunity to build their future through education. It is our expectation that future administrations in the State would be able to sustain the programme for the overall benefit of Imo Children and the future of our State”.
According to him “The Organized Labour Imo State wishes to express the readiness of Labour to partner with the Government to build a virile and peaceful Imo State that would compare favourably with other developing states in the country. In this regard, we call on the Government to always engage in meaningful dialogue with Labour, especially on issues and policies that has the tendency to affect workers negatively”.
The struggle continues: Victory is assured.