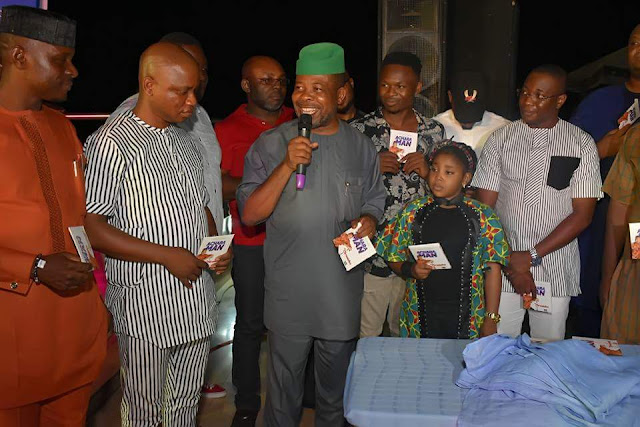 Former Deputy Speaker, House of Representatives, Rt. Hon. Emeka Ihedioha, CON, has expressed deep concern and regrets over the violence and undemocratic practices that marred the Ward Congresses of the All Progressives Congress in Imo State and across the country.

Rt. Hon. Emeka Ihedioha said, “The mere fact that the APC could not conduct credible Congresses at the Ward level, which is the base of every political party, has vindicated the earlier position of the Peoples Democratic Party, PDP, that it is incapable of managing power needless to emphasize their abysmal performance at all levels of government. Indeed you cannot give what you don’t have, and you cannot also build something on nothing.”

He admonished the APC, “to make genuine efforts at practicing democracy, realizing it is the party in power and as such, expected to lead by example. Evidently, they have been caught in deceitful ways as a party, made up of desperate self-seeking political opportunists, who neither share common vision nor guided by the spirit of fairness and fair play.”

He described what happened last Saturday in many states of the federation, “as a shame and mockery of the tenets of democratic practice”, noting that, “it is time for the APC to own up and concede failure.”

While reiterating that the reformed PDP remains the only national political party, founded on the people as its fulcrum and notably the only realistic alternative, he enjoined Nigerians to join hands in consolidating the rebranded Peoples Democratic Party. He assured that the party’s doors have remained open to lovers of democracy at all levels and Imo State in particular.

“I thank Ndimo for their refusal to be hoodwinked into believing the now familiar many lies and failed promises of the APC. Let me use this opportunity to assure lovers of democracy, that in truth and practice, ours remain the route to economic, social and political recovery.

“I wish to also express my gratitude to our great party at all levels, for their often restated position and commitment on ensuring a level playing field for all our members to participate and seek to realize their political ambitions. It is for me, a welcome development that Ndimo and Nigerians are once again gravitating towards the PDP to salvage them from failure of governance that has defined the APC government at all levels.”

He further enjoined Ndimo and Nigerians at large to be vigilant and continue to believe in the PDP as the only party that can salvage us from the failure of governance of the APC.