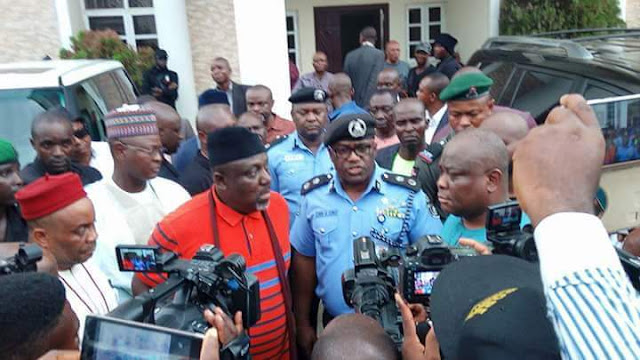 The ruling All Progressives Congress, APC, has postponed, today Saturday’s Local Government Areas Congress in Imo State, pending receipt of the Appeal Committee’s report on the Ward Congress conducted in the state.

The Imo State Governor, Rochas Okorocha and Coalition of Imo APC Stakeholders met with the party’s national chairman, John Odigie-Oyegun and other members of the party’s National Working Committee, NWC, as well as the Vice president, Prof Yemi OSINBAJO where the decision was reached.

According to the National Chairman who confirmed the development, a new date for the Local Government Areas Congress would be announced in due course.

Mr Odigie-Oyegun declared after the meeting: “Yes, the party has shifted the Local Government Congress in Imo pending the report of the Appeal Committee.”

On Friday, the party’s secretariat in Owerri, Imo State capital, was set on fire, following disputed ward congress in the state. 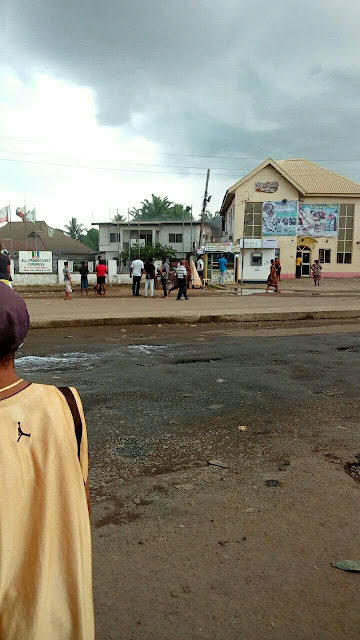 Mr Okorocha has blamed defectors into the party for the fire incident that occurred at the All Progressives Congress, APC, secretariat in Owerri on Friday.

In a statement by his spokesman, Sam Onwuemeodo, the governor said the fire may not be unconnected the frustrations of some of the party men over the disputed ward congress in the state.

When contacted, the state party chairman, Hilary Eke, who confirmed the development, accused those who he said attacked the party state office last weekend.

Eke, who said that the unidentified hoodlums attacked the secretariat “just to frustrate the Local Government Areas congress of the party on Saturday”.

He insisted that the contentious wards congress of the party was successful, urged those “who lost during the last weekend exercise to give peace a chance.”

According to him “I have been in a meeting ahead of the LGA congress of the party in Imo state. Those who attacked the Secretariat the other Saturday are likely to be the same people who set it on fire on Friday.

I have already petitioned the inspector General of Police over the attack on the Secretariat the other Saturday. My duty is to report to the police and the police have the duty to investigate. So members of staff identified those who attacked it.