APC Is a Party of Violence; Driving Nigeria to Anarchy --- PDP 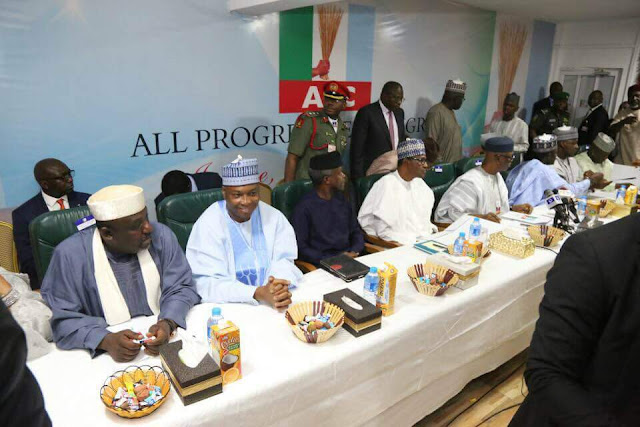 The Peoples Democratic Party (PDP) is terrified by the spate of violence, mayhem, bloodletting and massive corruption associated with the All Progressives Congress (APC), both in governance and its internal activities.

Since its emergence, the APC and its leaders have continued to drag our nation towards a state of anarchy by engaging in actions that instigate bloody conflicts and breakdown of law and order among Nigerians, including in their fold as a party.

Nigerians watched with bewilderment and disbelief as indescribable savagery, cruelty, violence, shooting and bloodletting enveloped the APC ward congress, which ordinarily should be a civil interaction among party members.

From the rascally attempt to overrun a court of competent jurisdiction in Port Harcourt, Rivers State to halt the wheel of justice, the burning of their own secretariat in Owerri, Imo state, the gruesome murder of their own members in Lagos and Oyo States to the malignant disputation and lust for power by its leaders across the nation, it is clear that the APC is not organic but a soulless mob without any form of conscience and integrity; an ‘evil wind that blows no good’.

Party Congresses are designed to allow members interface and resolve divergences amicably. It is therefore instructive that the APC could not actuate this simplest tradition of political parties, making its congress a threat to our democracy.

APC has become a symbol and harbinger of malevolence, which, by every indication, is on a sordid throttle of taking our nation to the long forgotten state of nature where only the mighty rules; the state of anarchy.

From its cannibalistic proclivities, the world can see why the APC and its insensitive Federal Government care less about the lives and welfare of Nigerians, resulting in the escalation of violence, bloodletting, mass killings, extra-judicial executions, persecution of citizens, abuse of human rights, constitutional violations, including invasion of the National Assembly as well as attack on federal lawmakers and judicial officers. We now know the roots of APC’s harsh economic policies and massive corruption that led to the biting economic recession and its attendant hunger, starvation and lack ravaging our nation today.

Nigerians are now on a consensus that things can only get worse with the APC owing to its proclivity for vengeance, violence and repression.

PDP therefore charges Nigerians, irrespective of creed, class or sectional persuasion, to be at alert, look beyond personal interests, rise in unison and use all democratic instruments to stop the APC in this dangerous drive to further wreck our nation and plunge it into a state of anarchy.

On our own part, the rebranded PDP remains open as the credible platform for all Nigerians to coalesce in the collective quest to rescue our nation from the clutches of the APC and the President Muhammadu Buhari-led administration, come 2019.