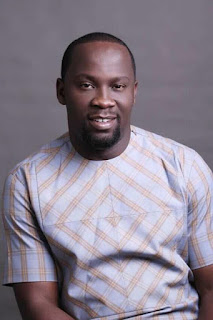 
A banker, Mr. Ndiana-Abasi Nana Udom has said the Akwa Ibom State Government was not telling the truth about her current finances status.

Udom, who is vying to represent Ukanafun/Oruk Anam federal constituency in 2019 said the finances of the State have improved tremendously in 2018 compared to 2015, hence the State government should not continue to give citizens the impression that the economy was still uptight.

'Anyone who is saying that there is no money in Akwa Ibom State, is lying. I am saying this as a banker. The economy has stabilized. Anyone who claims otherwise is playing politics', Udom said at a meeting with youth.

At the meeting held in his father's house, Nung Udom, Ikot Uneke, Ukanafun, Ndiana-Abasi Udom said there should be complementary improvement in social services offered the State now that the finances have leaped.

Udom who works at United Bank of Africa, Uyo,  said his entrant into politics was informed by a desire to change the way politics was played; challenged the youth to rise to the occasion and vote him to the House of Representatives in 2019.

He regretted that youth engagements in governance in the State was still very low, claimed that he was tipped for an appointment, but some "evil man" rose up and stopped it  because he is a youth.

Udom who recreated the travails his father with kidnappers  two years ago, said Ukanafun/Oruk Anam should present a youth who has shown capacity and willing to serve so that there will be a complementary leadership and followership.

He said during his father's travail, the State government did not assist his family, but his young friends did; for that reason he said it would be better to stay on the part of the people.

Mr. Ndiana-Abasi Udom recently announced his intention to vie for the PDP ticket to represent Ukanafun/Oruk Anam, on  a Facebook page dedicated for his promotional and campaign materials.

"This is to personally and officially unveil the reality behind the MFONABASI 2019 project. While thanking all my family members,friends and the good people of Ukanafun/Orukanam Federal Constituency for all the support so far, Let me assure you all that this project has come to stay and that we are working daily towards victory by the special grace of God".

Nevertheless, groups in Ukanafun have rejected Udom's  aspiration, accused him of sponsoring blackmail against other contenders for the position.

Mr. Friday in a video said APCOTMA rejected Nana Udom's N100, 000 and motorcycles which were baits were  to induce the group.

"APCOTMA rejected the overtures of Ndiana Udom because he is not known to them since he rarely visits home".

He said he was afraid that with Udom's affinities to stakeholders of the APC in the State, he may defect after the election.

"Part of the reasons why he was rejected is that he is an APC supporter who is being sponsored to win the House of Representatives election using PDP platform and later decamp to the APC", a blog tellnaija.com.ng quoted the APCOTMA chairman.