Menu
Home » Politics » A Hard Lesson for Okorocha: The Verdict By Olusegun Adeniyi

A Hard Lesson for Okorocha: The Verdict By Olusegun Adeniyi 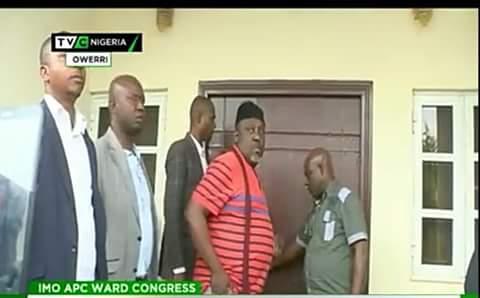 On 24th March 2012, Chief Rochas Okorocha, then less than a year in office as Imo State Governor, was in Kosovo where he signed a Memorandum of Understanding (MOU) for an independent power plant, an agro processing plant and several other industries that he promised would be established in his state. There were neither feasibility studies nor any clear ideas as to where the money to finance these projects would come from but those sorts of things never really worry the ebullient governor.

A few weeks before the trip to the Balkan Peninsular, Okorocha had declared a four-day holiday for workers in Imo State so they could partake in the take-off of the Community Council Government (CCG) he instituted. And for this extra-constitutional fourth-tier of government, the governor approved the disbursement of N5 million to each of the communities in the 27 local councils from a subvention of N3 billion that was not captured in the 2012 Imo State Appropriation Bill. He also declared free education at all levels in the state after announcing that he would be paying salaries to all the primary school pupils (yes, pupils, not teachers alone). And to be sure, Okorocha actually went to some primary schools where the pupils were lined up for him to hand them N100 each!

From appointing chief comedian for the state to announcing the establishment of several gigantic projects without any design or funding plan before graduating into erecting statues in Owerri, Okorocha made it clear right from Day One that he was not going to follow any conventional rule book. But in writing about the governor’s visit to Kosovo—a disputed territory in South-eastern Europe—in May 2012, my interest was fired by what I watched on the African Independent Television (AIT) news.

In the course of the bilateral session, Okorocha’s host, the Deputy Prime Minister of Kosovo, Mr Behgdey Pacconi, spoke in Albanian, the main official language of his country thus necessitating having an English interpreter. When it was his turn to respond, Okorocha decided to speak Igbo. With that, a former senator on his delegation had to be translating what the governor was saying into English before the Kosovo interpreter now translated it into Albanian for his host.

Although I did not mention the name of the former Senator involved in the ‘Icheoku’ drama when I first wrote about that hilarious episode in May 2012, he is no other than my friend, Osita Izunaso, the current National Organising Secretary of the ruling All Progressives Congress (APC) whose name Okorocha is now invoking as the brain behind the successful coup that has wrestled the party from his hands in Imo State. In his lamentation at the weekend, Okorocha said: “I have informed the public that there was no (Ward) congress whatsoever in Imo State. Rather, the material for the congress was missing and it was traced to the house of the APC National Organising Secretary (Izunaso).”

It is difficult to believe that this is the same Okorocha who boasted less than a month ago not only that he would contest for the Imo West Senatorial seat in 2019 so as to “brighten the chances of President Muhammadu Buhari” and prevent “bad people from taking the position” but also that his son-in-law, Uche Nwosu will be the next governor of Imo State because “favour has found the young man. It is God and not me. There is no place in the constitution of the Federal Republic of Nigeria that says that an in-law cannot be governor.” 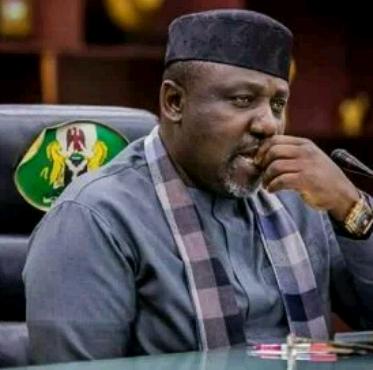 Now that he has been dealt a fatal political blow, Okorocha has been running from Daura to Abuja though from available reports, there was indeed no credible APC ward congress in Imo State as he argues. But I also understand that what transpired was no different from what the governor himself had perfected only that this time, he was at the receiving end. The lesson of course is that when desperate politicians, especially those who know each other so well, engage in an intricate power dance, it is usually a zero sum game. Okorocha made the job easy for Izunaso and others with the arrogance of power that united all the opposition forces in Imo State against him.

Before I continue, let me say very quickly that I admire Okorocha, a very charming politician with an extraordinary sense of humour. But he has refused to imbibe the wisdom in the Igbo adage that you do not sell a chicken with broken legs in a nearby market. Besides, it is also common for dictatorial tendencies to be hidden behind a mask of charisma by leaders who deploy such disguise to cover up for their intolerance. Since people like Okorocha believe they are the center of the universe and that everything revolves around them, it is difficult for anybody to offer any reasonable advice that could help them in avoiding tragic pitfalls while those who do are most often taken as enemies to be crushed.

That perhaps explains why two months ago, the Archbishop of Owerri Catholic Archdiocese, Anthony Obinna, was harassed and almost attacked while presiding over a funeral service for describing the attempt to foist a son-in-law as Governor of Imo State as unacceptable. “Not the governor, not his deputy, not even me can handpick and determine who governs Imo without recourse to the will and votes of Imo people” said the Archbishop. Interested readers can Google for the account of what transpired after that statement right inside the church premises.

Meanwhile, the issue is not that Uche Nwosu lacks the qualification to be governor or that he should be excluded from seeking the office just because he is married to the incumbent’s daughter. It is also not wrong for Okorocha to take interest in who succeeds him just as he has a right to support whomsoever he chooses to back. The point the Archbishop was trying to underscore, which many from Imo State have also harped upon, is the manner in which the governor has been going about the endorsement of his son-in-law, as if the people do not matter aside foreclosing the aspiration of other APC members in the state, including that of his deputy, Prince Eze Madumere.

Governors Must Have at Least Five Credits
Okorocha’s response to Archbishop Obinna’s statement is indeed very telling of how far removed from the reality of Imo politics he has become. “This time, it is Uche Nwosu because they have seen that he is the man for 2019 with God on our side”, said Okorocha who added that “no amount of blackmail or tricks would change the plan of God on the young man to govern the state. It takes someone alive in the things of the Spirit to know that Uche Nwosu is a child of destiny. He has the divine mark. And anyone fighting him is fighting his God” said Okorocha who apparently sees himself as that God.

Unfortunately, Okorocha is not alone in this hubristic tendency; it is a malaise that is common among almost all governors in Nigeria. The desire of practically every one of them is to spend eight years in office, install a puppet as successor; go to Abuja to become an executive senator while still remote-controlling the politics of their states. Indeed, that our country has been reduced to no better than a banana republic can be glimpsed from the absolute powers held by some of these governors.

In many of the states, personal loyalty or reward for some past favour dictates the issue of succession. In 2015, for instance, an outgoing governor in one of the northern states manipulated the gubernatorial primaries of his party in his state to anoint an unpopular candidate. The rumour among prominent politicians in the state was that the gubernatorial ticket was payback for the man in question (who incidentally is now late) because he donated one of his kidneys to this (now former) governor.

It is indeed sad, if not tragic, that the main pre-requisite for seeking to be governor is no longer about the ability of the aspirants or any desire for public good but rather on their affinity to the incumbents. Because of that, according to a commentator, Taneh Beemene, “morally depraved persons and half-baked nitwits have been handpicked to occupy political offices to perpetuate deceit and remit the spoils of such offices to their godfathers at the expense of the masses who are hapless spectators.”

For Nigeria to develop and thrive, we must change that paradigm. While the focus is almost always on the presidency, we have to pay more attention to what happens in the 36 states and the 774 local governments. We must understand that one of the reasons why many are always reluctant when the issue of devolution of power from the centre to the states is discussed is the fact that given our experience, accountability diminishes as you move away from Abuja.

Surrounded by Yes-men who pander to their vanity while treating them like demi-gods, many of the governors behave as though above the law. We can see that in the changing character of the Senate to where many of these former governors have graduated, a legislative chamber that is fast becoming their retirement home. As former chief executives of their states who had no temperament for dissent, any Senator that does not toe the popular line is now met with suspension oblivious to the fact that


freedom of expression, including those “that offend, shock or disturb”, according to the European Court of Human Rights, is the hallmark of a democratic society.

All said, I don’t know how Comrade Adams Oshiomhole, the in-coming National Chairman of the ruling APC, is going to address the problem but he already has his job cut out for him. If there is anything that the ward and local government congresses of the ruling party have exposed, it is the fact that APC is not in any way different from the Peoples Democratic Party (PDP) in terms of electoral manipulations and predilection to violence. But whichever way the Imo State APC problem is resolved, I hope Okorocha and fellow travellers get the message: If our democracy is to deliver on public good, we cannot continue with a situation in which political power is so privatised that it is now traded almost as a commodity between some benevolent godfathers and their godsons.

To all my Muslim readers, Ramadan Kare